Arsenal have agreed terms with Juventus star Daniele Rugani according to claims in Italy, but they will face a race against time to sign the 25-year-old before Thursday’s transfer window deadline.

The Italian international has emerged as one of the leading candidates for Arsenal’s troublesome centre-back position, with Laurent Koscielny completing his move to Bordeaux on Tuesday and questions over the ability of the likes of Shkodran Mustafi and Chambers.

RB Leipzig’s France under-21 defender Dayot Upamecano has emerged as another target for Unai Emery’s side, but the 20-year-old will be harder to sign than Rugani, and certainly more expensive.

It was reported on Tuesday that the Gunners have had a bid for the young defender turned down, with Leipzig hoping for any deal to include the young attacker Emile Smith Rowe, who they had on loan last campaign.


Daniele Rugani will cost around £37million according to Sport Italia , but they claim that the fee can be paid to Juve at the end of a two-year loan spell.

Another Premier League team interested in the Italian is Wolves but the defender is now set to move to the Emirates after agreeing personal terms.

The defender has fallen down the pecking order at Turin after the summer arrival of Matthijs de Ligt and he is likely to struggle for game-time despite the arrival of Maurizio Sarri as head coach.

Sarri had Rugani on loan at Empoli for two years before moving on to his successful spell at Napoli, but he is unlikely to have much room for defender despite questions over the future of veteran Giorgio Chiellini.

Emery is desperate to add a defender to his team at the Emirates before the English transfer window closes on Thursday, and that remains Arsenal’s priority despite ongoing suggestions that they could sign Philippe Coutinho on loan from Barca.

Arsenal face Newcastle United in their opening match of the new Premier League season at St James’ Park on Sunday.

Wed Aug 7 , 2019
Manchester United have rejected an offer from Everton to sign Chris Smalling on a season-long loan. Ole Gunnar Solskjaer sees the England international centre-back as an important part of his defence, alongside new signing Harry Maguire and Victor Lindelof. The 29-year-old signed a new deal at Old Trafford in December, […] 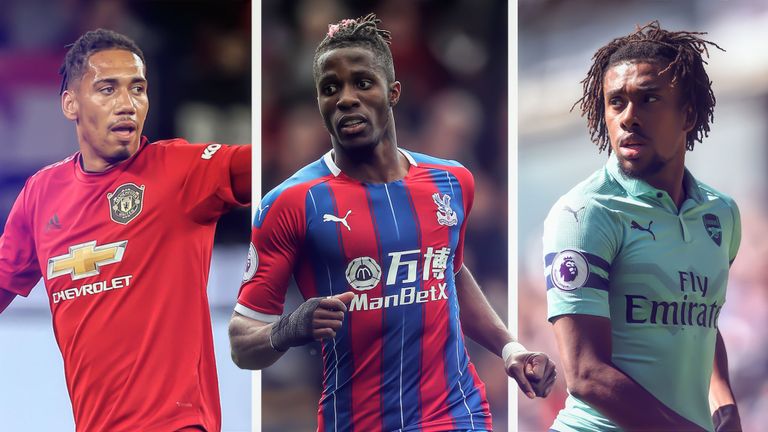