Manchester United have rejected an offer from Everton to sign Chris Smalling on a season-long loan.

Ole Gunnar Solskjaer sees the England international centre-back as an important part of his defence, alongside new signing Harry Maguire and Victor Lindelof.


The 29-year-old signed a new deal at Old Trafford in December, keeping him at Manchester United until June 2022 with the option to extend for an additional year.

Smalling played 24 Premier League matches for United last campaign, and in total, he has played 323 times across all competitions since he was signed by Sir Alex Ferguson in 2010.

He has won 31 caps for the England team, but was left out of Gareth Southgate’s team for the World Cup in Russia last year and has not played for the national team since.


Meanwhile, Everton have been busy in the transfer window. Sky Sports News claims they have seen a £70m plus James McCarthy and Cenk Tosun offer for Crystal Palace winger Wilfried Zaha turned down.

It is also reported that their £30m offer for Arsenal winger Alex Iwobi has been rejected, and they have cooled their interest in signing Watford player Abdoulaye Doucoure.

They have, however, signed Moise Kean from Juve for an undisclosed fee on a five-year deal, while Andre Gomes, Jean-Philippe Gbamin, Fabian Delph and Jonas Lossl have all arrived at Goodison Park this summer window.


Everton have also agreed a deal with French side Monaco to sign right-back Djibril Sidibe on a season-long loan with an option to sign permanently.

Wed Aug 7 , 2019
Barcelona midfielder Philippe Coutinho has turned down a loan move to Tottenham, making a return to the Premier League unlikely before Thursday’s transfer window shuts. Both Barcelona and the Brazilian would prefer a permanent deal but it is unlikely any Premier League side will match the £80m price tag. Tottenham […] 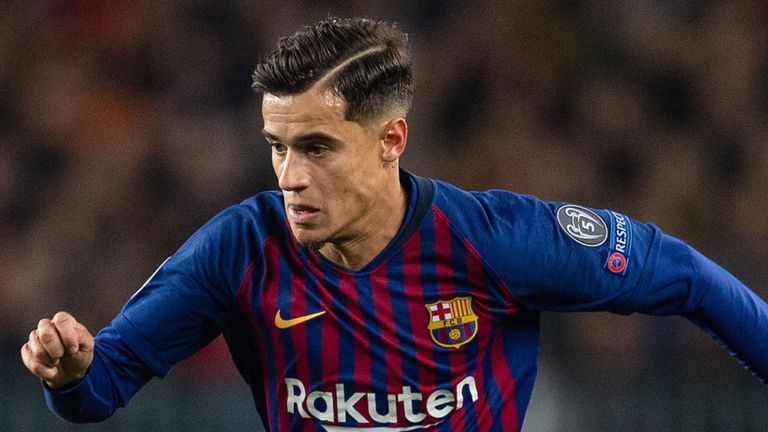