Anthony Martial is edging closer to a Manchester United exit after the forward decided to leave the club’s tour early.

The France international has returned to Paris to be at the birth of his son, but Jose Mourinho is unhappy about the late notice that was given and the club have failed to confirm or deny whether he received permission to do so.

Telegraph Sport reports that Martial is unlikely to return to the United States and this is seen as an attempt to try to force a way out of the club, even if the motivation to leave was understandable.


Meanwhile, Chris Smalling has conceded he does not understand his omission from England’s World Cup squad but says no damage has been done to his morale.

United are heavily linked with signing a new centre-back, with Harry Maguire, the Leicester City defender being preferred to Smalling for England.

“I think, initially, the summer was a disappointment because you want to be a part of big tournaments,” Smalling said.

“I had to come to terms with that and I made the most of the summer. I’m feeling fresh and ready to go now. I went to Vietnam and Thailand, I’m feeling good and I can hopefully get a full pre-season, which I’ve not had in many years.


“I don’t feel as though I’ve got a point to prove. I want to follow on from the number of games I played last season, keep kicking on and helping the team and hopefully win some trophies. This club is always linked to centre-backs, whether it’s the club or agents or whoever, because the best [want to] come here.

“But I’m happy and when I’m fit I play. Right now, the shirt’s mine and I intend to keep it.”

Fri Jul 27 , 2018
Manchester United have approached Leicester City over the sale of England international Harry Maguire, Sky Sports News reports. However, with a fortnight of the summer transfer window remaining, it looks like Mourinho will have a battle on his hands, with Leicester still not interested in allowing their star defender leave […] 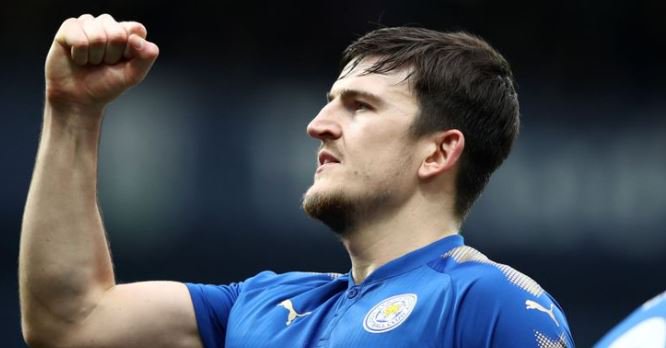