Anthony Martial has broken his silence on his absence from Manchester United’s pre-season after Mourinho hit out at the French forward.

The 22-year-old left United’s tour last month for the birth of his second child, and has yet to report to Carrington for training.

United are reportedly ready to fine Anthony Martial up to £180,000 for failing to train during his time away from the club.


Rumours of a major bust-up with Mourinho refuse to fade away and come in the midst of Martial’s efforts to leave United.

Mourinho aimed a veiled swipe at Martial on Wednesday, and the France international returned the favour later that same day.

He said: ‘Thank you all for your posts. My little Swan is fine, for the mom it was harder, but thanks to God she’s better now.

‘Sorry, but my family will always come first, back tomorrow in Manchester.’


Mourinho is believed to be angry with Martial’s lack of commitment and seemed to slam the goalscorer as United prepare for the final leg of the pre-season games.

‘My players [have been] amazing in their effort but we have more effort in front of us,’ said Mourinho.

‘We go to Munich in a few days and we start the Premier League in nine days. These are the players that we have plus Lindelof, that started training two days ago, plus Marcus Rashford, Jones and Lukaku, because they gave to the group and to the team three days of their holidays.

‘So, they’re coming back three days early to try and be available for the team [against Leicester on August 10).

Thu Aug 2 , 2018
Chelsea manager Maurizio Sarri has confirmed 17-year-old winger Callum Hudson-Odoi is set for a first-team role this season after his impressive performance against Arsenal in the International Champions Cup on Wednesday. Hudson-Odoi made his Premier League debut in January and went on to play once more last season, having previously […] 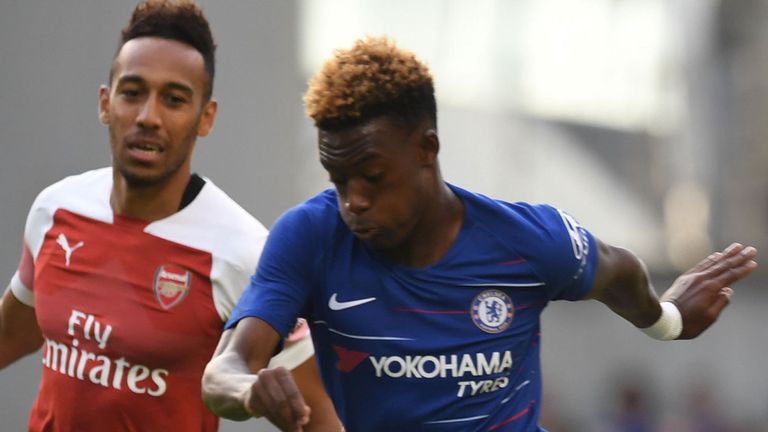