Former Manchester United manager Jose Mourinho wanted to sell Anthony Martial because he thought the French winger was “mentally weak” and was too sulky.


Mourinho was desperate to dump Martial and replace him with Inter Milan player Ivan Perisic during his tenure at the theatre of dreams.

But Ed Woodward stepped in to demand that the Frenchman stayed at the club, with the forward seen as a important future player for United.

Anthony Martial joined United in 2015 when he became the most expensive teenager in history as the club parted with £50million for the then Monaco wonder kid.

He scored 17 goals in 49 matches under Louis van Gaal in his debut season at Old Trafford to become a quick hero, but only bagged 31 times in the following three years under Jose Mourinho.


Mourinho and Martial reportedly held a strained relationship, with the attacker often kept out of the team in favour of Romelu Lukaku and Rashford.

And according to the Times, Mourinho had two major issues with Martial. Firstly, he felt he was “mentally weak” for the Premier League, which made it hard for him to come back from minor setbacks.

Then, the Portuguese manager was angered by Martial’s perceived sulking during games. But Martial has since rediscovered his form under Ole Gunner Solskjaer, as he forms part of deadly front line with Rashford, Lingard and Daniel James.

He has scored two goals already this campaign, against Chelsea and Wolves , although drew a blank vs Crystal Palace as he struggled with an injury.


“We’ll have to wait and see,” Solskjaer said about Martial and Luke Shaw’s injuries after the game. “Hopefully they won’t be too bad and maybe we can have them training during the week.”

Tue Aug 27 , 2019
Antonio Conte hailed new signing Romelu Lukaku after the striker scored on his debut as Inter Milan made an incredible start in Serie A with a 4-0 win over promoted Lecce on Monday. 'He is a gentle giant, a giant with a smile. He's ready to work for the team. 'Let's not forget […] 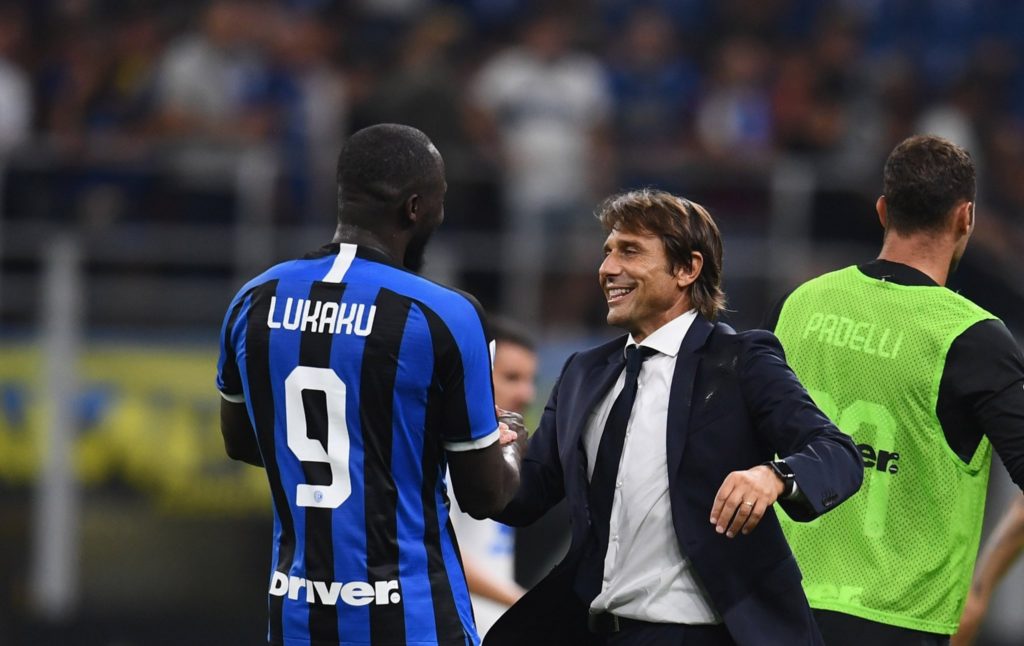