Anthony Martial’s agent has confirmed that the forward wants to leave Manchester United after falling out of favour under Jose Mourinho.

The forward was a bit-part player under the Portuguese manager in United’s 2017/18 campaign, and that led to him missing out on France’s squad for the World Cup in Russia.


His agent Philippe Lamboley says that the 22-year-old who signed from Monaco in the summer of 2015 – now wants to leave the club.

“After thinking about all the possibilities and settings, Anthony wants to leave Manchester United,” Lamboley told RMC Sport .

“Anthony is sad about his situation at Manchester.

“He loves the club and the fans, he showed it for three years. Without the great support from the fans, he would have already asked to leave the club.”

Lamboley added that should the France international be allowed to leave, he expects interest in him to be high, with Tottenham among the clubs linked with him.


“Anthony has the choice,” he said.
“I can not say anything on the subject at the moment but you think that from the moment a player like Anthony is on the market a lot of clubs are interested.

“The only thing I can say is that many coaches appreciate his profile and that many clubs want to show their projects to Anthony.

Wed Jun 13 , 2018
Juventus coach Massimiliano Allegri has confirmed he had the opportunity to become Zinedine Zidane’s successor at Real Madrid but turned down the offer to stay in Italy. Allegri had been linked with two of Europe’s top jobs recently, as both Chelsea and Real Madrid showed interest in the Italian with […] 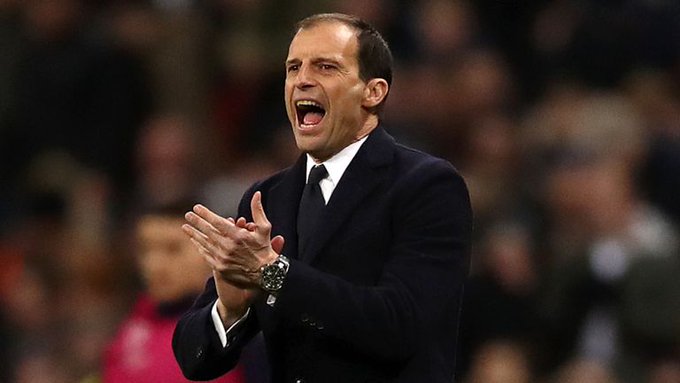