Chelsea manager Maurizio Sarri has confirmed 17-year-old winger Callum Hudson-Odoi is set for a first-team role this season after his impressive performance against Arsenal in the International Champions Cup on Wednesday.

Hudson-Odoi made his Premier League debut in January and went on to play once more last season, having previously played a key role in England’s victorious Under-17 World Cup run.


Although Chelsea lost 6-5 on penalties after a 1-1 draw with Arsenal, Hudson-Odoi was again excellent out wide, causing Hector Bellerin endless problems and even winning a penalty from him, which Alvaro Morata ultimately failed to convert.

And now the attacker, who will turn 18 by November, is set to be fast-tracked to Chelsea’s first-team squad for the new campaign.

Speaking to reporters after the match, Sarri said: “Hudson-Odoi is a very young player. We have to wait.


“In the future he will be a very, very strong player for sure. He will stay with us [in the first team] for the season.”

Morata’s Chelsea career to date has been far from spectacular and Wednesday’s game was another difficult one, as his profligacy cost the Blues a victory.

But Sarri remains adamant he is not worried about the Spain international’s troubles in front of goal.


“I don’t know if he is low on confidence,” Sarri added. “Maybe it was hard for the last three days, intense, so maybe this match he was a bit tired. I am not worried about Morata.”
Click below to follow us for more football updates…

Thu Aug 2 , 2018
Mateo Kovacic has rejected the chance to join Manchester United after a £53m bid offer was reportedly submitted to Real Madrid. Jose Mourinho is keen on improving his squad ahead of the new campaign and is confident that United will sign at least one more player before the transfer window […] 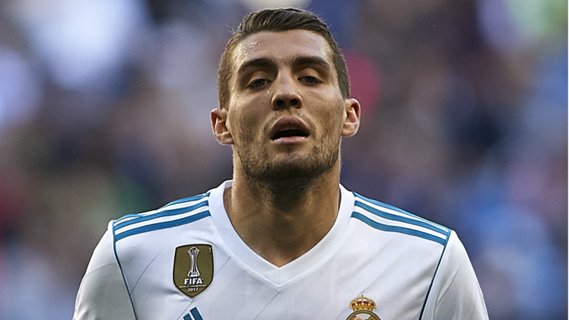