Mateo Kovacic has rejected the chance to join Manchester United after a £53m bid offer was reportedly submitted to Real Madrid.

Jose Mourinho is keen on improving his squad ahead of the new campaign and is confident that United will sign at least one more player before the transfer window closes.

Kovacic, meanwhile, has already expressed his desire to leave Madrid this summer after failing to get a regular first-team place at the Bernabeu.

‘But I haven’t been completely happy because my contribution to all of this has not been the biggest and it’s something I want to change.’

The Croatia international was only signed in a £22.5m deal from Inter three seasons ago but has only started 37 La Liga matches since then.

According to Marca, Mourinho is aware that Kovacic wants to join a new club this summer and United have submitted an offer to Madrid.


But while Kovacic remains intent on leaving the club, the midfielder does not want to sign for United, mainly due to concerns he has over the team’s playing style under Jose Mourinho.

United have sent an intermediary, Vlado Lemic, to help broker the deal with Madrid but Marca reports that Kovacic is not interested in a move to Old Trafford.

Kovacic is due to return to pre-season training with Madrid in the coming days after playing for Croatia at the World Cup and Lopetegui will try to convince the midfielder to stay at the club.

Thu Aug 2 , 2018
Manchester United have cooled their interest in Leicester City defender Harry Maguire and turned their attentions to Barcelona’s Yerry Mina, Sky Sports News claim. It last week that United had made an approach to sign Maguire, who they value around £65m, but Leicester are adamant the central defender will not […] 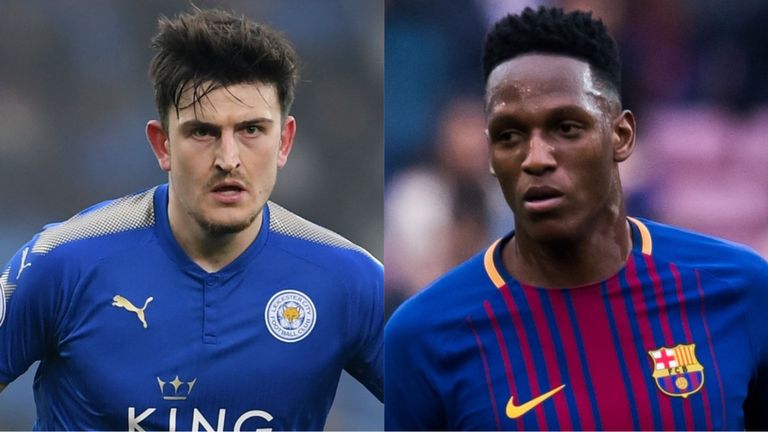