Paul Pogba admits there is still a “question mark” over his future at Manchester United after yesterday’s Premier League win over Chelsea.


The Frenchman grabbed two assists as United kicked off their season by dishing out a 4-0 thumping to Chelsea at Old Trafford.

Pogba has been pushing for a move away from the club all summer with Real Madrid reportedly leading the chase for his services.

United even rejected an offer from Real Madrid of £27.6m plus James Rodriguez and Pogba was unable to secure an exit before the Premier League’s August 8 transfer window deadline.

But Ole Gunnar Solskjaer has stood firm, insisting that the France international has a key role to play under him this campaign.


However, the Red devils boss will not be impressed with Pogba’s latest remarks – especially with the European summer transfer window still open until September.

When quizzed about the transfer speculation after the victory over the Blues, the ex-Juventus midfielder told French radio station RMC: “I always feel good when I play football.

“I do the things I like, plus it’s my job. I give my all every time I go out on the pitch. I’m aware that things have been said. Only time will tell.

“We remain still on this big question mark. I’m at Manchester. I have fun with my team-mates, I always want to win matches and I always give my best when I’m on the pitch.”


Paul Pogba was the last player off the pitch yesterday as he waited to applaud supporters after the outstanding victory at the theatre of dreams.

Messi intervenes in Madrid's bid to sign Neymar ahead of Barcelona

Tue Aug 13 , 2019
Barcelona superstar Lionel Messi has privately urged Neymar to turn down Real Madrid and push for a return to the Camp Nou, according to reports in Spain. The Brazil international has made it clear that he wants to leave Paris Saint-Germain before the end of the summer transfer window and […] 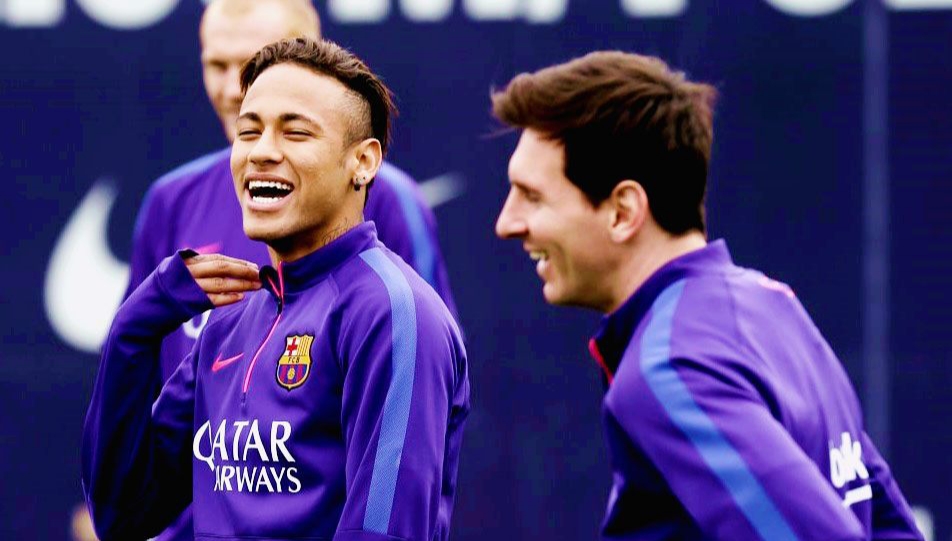