Florentin Pogba says “things are going to happen” in the summer as he talked about his brother Paul’s Manchester United future and whether he could possibly leave the club.

The France international continues to be linked with a transfer to Real Madrid off the back of another mixed campaign at Old Trafford.


Real manager Zinedine Zidane has previously spoken of his admiration for Pogba, admitting in March that he would be interested in signing him for Real.

He said at the time: “He [Pogba] has always said that, after Manchester, Madrid has always interested him. So when his experience at Manchester ends, why not come here to Madrid?”

And with Ole Gunnar Solskjaer’s team struggling to qualify for next year’s Champions League, the Frenchman reportedly told friends that he has no intention of staying at United beyond this campaign.

Atlanta United defender Florentin Pogba has been asked about his brother’s future and while he didn’t know if he will leave United in the summer, he did say “things can happen” in regards to a possible transfer.

“I could tell you one thing today and another thing tomorrow. Things are going to happen. Summer’s coming. We’ll see if he stays, if he goes.

“At the moment [all I want] is for my brother to be happy, to be playing like he knows how to say and that’s it.

“In my opinion, he’s done a good job and we can see Manchester are going to have it tough to qualify for the Champions League. We’ll see how it turns out.”


United need two wins from their final two Premier League matches and for other results to go their way as they hope to return to Champions League next campaign.

Sat May 4 , 2019
Ole Gunnar Solskjaer has ‘demanded’ Manchester United sign Sporting star Bruno Fernandes ahead of Manchester City, according to reports. The 24-year-old has been in superb form for Sporting this campaign with 25 goals and 15 assists in 44 matches. Earlier this week, It was reported that Manchester City were close […] 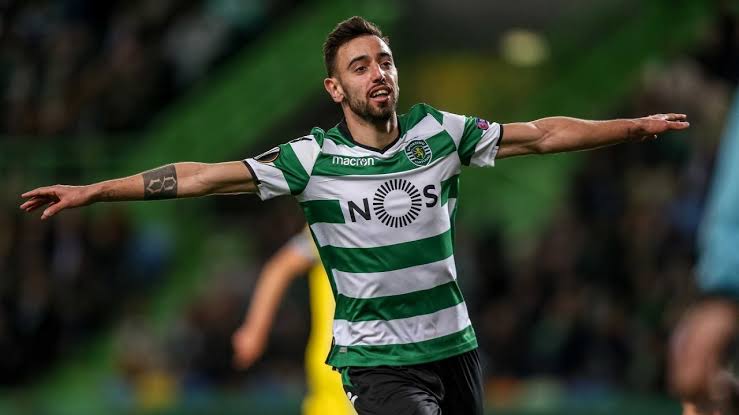