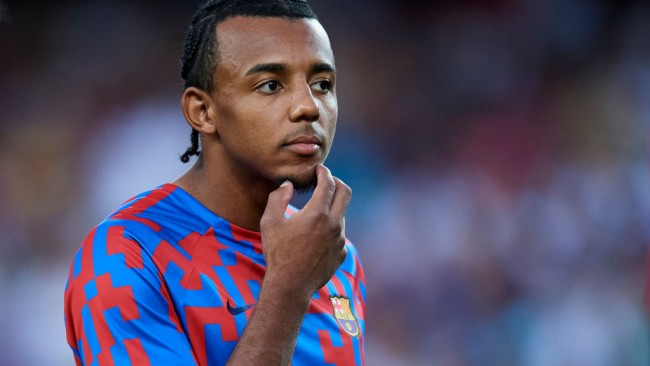 Jules Kounde has not been registered by Barcelona ahead of the club’s La Liga opening game on Saturday, but the club have registered four other new signings.

The club are currently in financial turmoil – with big money troubles and internal issues blocking them from registering new players – but have managed to now register Lewandowski, Franck Kessie, Raphinha and Christensen.


Barcelona were able to register them after raising £85m from selling 24.5 per cent of Barca Studios to Orpehus Media – but will be without Kounde – who joined in a deal worth around £45m after they hijacked Chelsea’s move for him, with the player having looked set to move to Stamford Bridge from Sevilla.


Kounde has been one of the most impressive young defenders in the top European leagues in the past couple of years having signed for Sevilla three years ago from Bordeaux, with the La Liga club paying just over £25m for his services, but he cannot play for Barcelona now.

Kounde won the Europa League with Sevilla at the end of his first campaign in Spain, and was part of the French national side which emerged victorious in the 2020/21 Nations League.

He became Barcelona’s fifth signing of the summer after the arrivals of Kessie, Christensen, former Leeds United midfielder Raphinha and Lewandowski from Bayern.

Barcelona have been linked with moves for Man City’s Bernardo Silva and Chelsea’s Marcos Alonso, but talk of those deals could be halted if the club cannot register any more players.


In the other direction, Frenkie de Jong is likely to leave the club, despite the player being registered for the game with Rayo Vallecano.

Manchester United have been chasing the Netherlands star throughout the summer and agreed a £73m fee last month, though De Jong has so far rejected a move to Old Trafford despite Barcelona trying to force him out the door.

The situation is complicated, with Barcelona owing De Jong up to £14m in deferred wages amid the financial uncertainty at the La Liga club, a fee which they want any buying club to pick up.

United’s inability to convince De Jong or resolve the wage issue has opened the door to Chelsea, with the west London side now also close to agreeing a fee with Barca.

6 months ago
Erik ten Hag ripped into his Manchester United stars, describing their display in a 4-0 defeat against Brentford as ‘rubbish’. The Dutchman was forced to apologise to the club’s supporters just two matches into his tenure after a defeat that leaves United bottom of the table after another poor display. […] 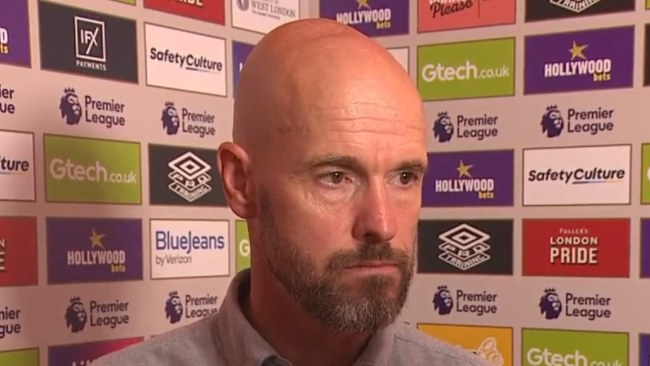