Barcelona superstar Lionel Messi has privately urged Neymar to turn down Real Madrid and push for a return to the Camp Nou, according to reports in Spain.


The Brazil international has made it clear that he wants to leave Paris Saint-Germain before the end of the summer transfer window and the French giants are now open to allowing the forward to leave.

Barcelona’s hierarchy are set to meet with PSG chiefs today to discuss Neymar’s transfer and the Spanish club are willing to include Philippe Coutinho as part of the deal.

Real Madrid president Florentino Perez is also a big fan of Neymar and has tried to sign the 27-year-old on several occasions in the past.

But after missing out on signing Paul Pogba from Manchester United, Perez is looking for another huge signing having already landed Eden Hazard from Chelsea this transfer window and is targeting Neymar once again.


But according to Marca, Messi has now intervened by calling Neymar to advise him against moving to Madrid in order to secure a move back to Camp Nou.

Marca claims that the relationship between Messi and Neymar is ‘excellent’ and the Argentine forward ‘feels a special affinity for his former teammate’.

On Sunday, PSG supporters turned against Neymar during their game against Nimes as they held up banners which read ‘get out’, while fans also chanted ‘son of a bitch’ at the Brazilian.


But after the match, PSG manager Thomas Tuchel conceded he wants Neymar to stay.

‘I love Neymar. I want to continue playing with him, but the reality is that we have to find solutions without Ney,’ he said.

‘If we lose Neymar, maybe I will not sleep. It’s not possible to lose Ney and find a guy who does the same things as him.’

Tue Aug 13 , 2019
Chelsea are weighing up the possibility of bringing Antonio Rudiger’s injury return forward after conceding four goals in their opening day loss to Manchester United. The German defender underwent surgery on a knee injury earlier this year, which ruled him out of the final few matches of the 2018/19 campaign, […] 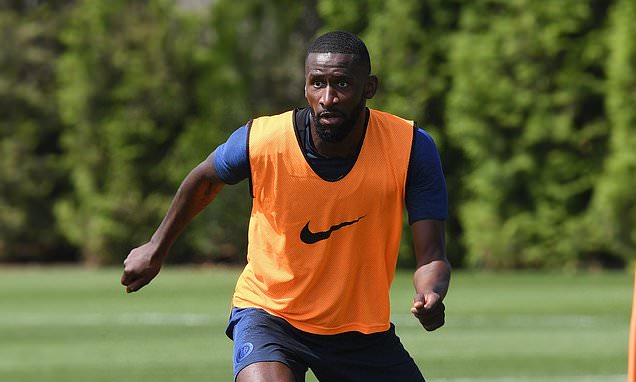