Manchester United midfielder Paul Pogba says playing for Real Madrid under returning head coach Zinedine Zidane would be a “dream for anyone”.


The Frenchman, who left Real last summer after leading the club to three consecutive Champions League titles, signed a deal at the Bernabeu until June 2022.

Pogba, who had been linked with an exit during recent transfer windows, conceded playing for the former France captain at one of the world’s biggest clubs would be a dream come true.


“Like I’ve always said, Real Madrid is a dream for anyone. It’s one of the biggest clubs in the world,” Pogba said in France’s pre-Moldova press conference.

“There is also [Zinedine] Zidane as a coach and it’s a dream for anybody who likes football.


Zidane was in the frame to be Manchester United’s permanent manager before his return to Real Madrid was confirmed.

Thu Mar 21 , 2019
Borussia Dortmund will put a £100million price-tag on Jadon Sancho this transfer summer — and try to get Chelsea’s Callum Hudson-Odoi if they need a replacement. Manchester United are keen on Sancho, and Dortmund have a very clear business model of signing young players, developing them and then selling for […] 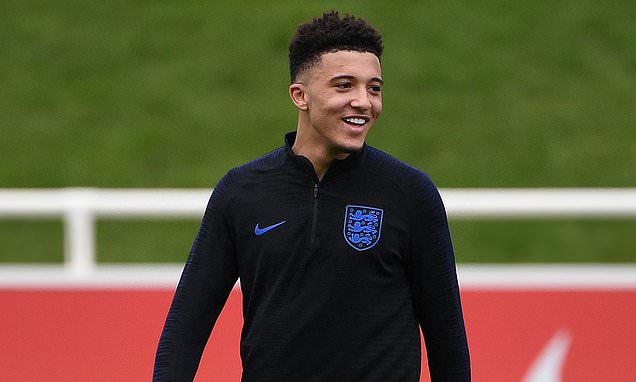