Borussia Dortmund will put a £100million price-tag on Jadon Sancho this transfer summer — and try to get Chelsea’s Callum Hudson-Odoi if they need a replacement.

Manchester United are keen on Sancho, and Dortmund have a very clear business model of signing young players, developing them and then selling for a big profit.


But doing so mean they have to battle with Bundesliga title rivals Bayern Munich to try to sign Sancho’s England team-mate Hudson-Odoi from Chelsea this summer as a replacement.

Sancho could make his first competitive start for England in their opening Euro 2020 qualifier against the Czech Republic at Wembley on Friday.

He has been a outstanding at Dortmund this season after leaving Manchester City’s youth system in pursuit of regular first-team football.

Hudson-Odoi, also 18, has also been drafted into this England senior team despite not yet making a Premier League start for Chelsea this campaign.


He’s got less than 18 months left on his deal and has refused to sign a new deal, leaving Chelsea braced for some big-money bids this summer.

The Blues – who rejected a £40m bid from Bayern for Hudson-Odoi in January and turned down a transfer request by the player – face a major dilemma because of their possible transfer ban.

Chelsea could lose him for a fraction of his true value in 2020 when his deal eventually runs out and must decide whether to cut their losses and keep him, while also persuading him to be patient regarding playing time.

There could also be Premier League interest in Hudson-Odoi, but Dortmund know they can tempt him to Germany with the promise of more game time as Bayern have no track record of developing young talent.


Hudson-Odoi and Sancho are close friends, and the Chelsea teenager has seen how his England team-mate has developed into a star at Dortmund.

Bayern are pushing hard and have been courting Hudson-Odoi’s family to try to tempt him to the club but now face serious competition.

Sat Mar 23 , 2019
Manchester United have held transfer talks with Jadon Sancho’s representatives ahead of possible summer transfer. Borussia Dortmund’s Jadon Sancho shared a tweet from Rio Ferdinand urging Manchester United to sign him amid speculation the winger could move to Old Trafford. Sancho is on United’s summer wish list as they look […] 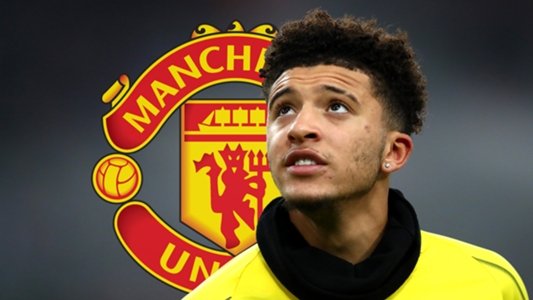