Borussia Dortmund insist Jadon Sancho will not leave the club this summer despite strong interest from Ole Solksjaer side Manchester United.

Sancho, 18, has taken the Bundesliga by storm since making the transfer from Manchester City, notching up nine goals and 15 assists this campaign, and United are prepared to break the bank to sign the England international.


It’s understood the Red Devils are ready to pay excess of £100million for the teenager which would be a record an Englishman, much more than the £50m fee which City spent on Kyle Walker.

United are looking for a player to bring quality to the left side of their flank and believe Sancho could be the player to fill the position for the next decade.

However, it appears United will have to wait to land Sancho as Dortmund have no intention of selling the winger just yet.

‘But I’m saying that even the biggest clubs in the world can hardly afford his transfer at the moment.


‘Jadon will play for Borussia Dortmund next season. We are definitely planning with him.

‘I’m also aware that the efforts – especially of the English clubs – to sign him will be stronger and stronger if he continues to play like that.

‘He will certainly not play in Dortmund until the end of his career. That is also part of the truth. But for the summer, I’m pretty sure the players we want to keep will stay with us.’

Ex-United winger Andrei Kanchelskis believes Sancho would be a good signing for his former club.

‘He’s young and English which is the perfect mould for United,’ Kanchelskis told Bwin.

‘It’s crazy to think that a player who was let go for so cheap can suddenly come back to the Premier League for £90 million, but I guess United did something similar with Pogba from Juventus.


‘Sancho has really shown what he is capable of at Dortmund and it’s been great to see a teenager go abroad and become a first team regular for a potential title winning team.

‘It makes you wonder how Man City didn’t see the talent or weren’t willing to give him the chance.

‘Manchester United would love to have the chance of taking a City player and making him a great at Old Trafford.’

Lewandowski hits out at Kovac's defensive tactics after Liverpool defeat

Thu Mar 14 , 2019
Bayern Munich striker Robert Lewandowski has blamed head coach Niko Kovac’s defensive set-up for their Champions League loss against Liverpool. The Bundesliga champions secured a 0-0 draw in the first leg of their knockout tie at Anfield, but their lack of an away goal left them vulnerable heading into Wednesday’s […] 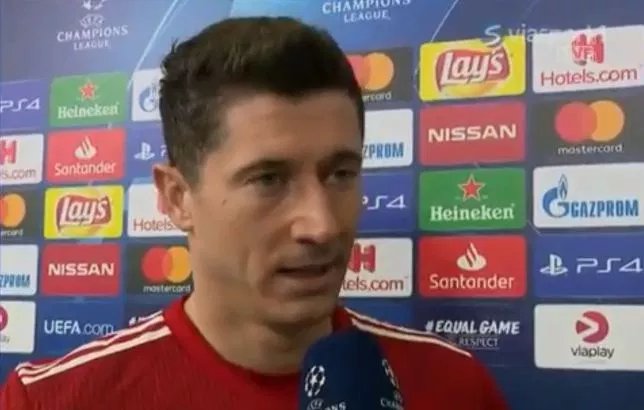