Chelsea stars are reportedly fed up and tired with Maurizio Sarri’s training regime – which includes sessions even on matchdays.

Sarri held training just hours before Wednesday’s 4-0 defeat at Bournemouth – their worst defeat in 23 years – as he does before all evening matches.


Sarri’s obsession with implementing his Sarri-ball pattern of football has him running the same drills over and over again.

Players have complained to the Blues manager about being “bored” in training on a number of occasions but complaints seem to have fallen on deaf ears, as reported by the Evening Standard.

Tensions are high at the club and a heated row occured between Sarri and his players after the Bournemouth humiliation as he locked them in the dressing room for over an hour.

But Sarri appears to have no plans to change his methods – despite statistics suggesting they are simply not working.

The ex-Napoli manager insisted his players “have not even learned the basics” of his method.


Sarri said: “We had assumed that we learned a certain style of football but the truth is we never did learn it and are paying the consequences. We haven’t even learned the most basic moves yet.

“We need to work on the basics, the primary foundations of my football, and only then will we try to change a few things.”

Sarri chose to car share with one of his assistants rather than follow the team bus home from Bournemouth in order to plan yesterday’s training session.

Chelsea have fallen down to fifth in the Premier League table after back-to-back defeats.


Luis Felipe Scolari, who was sacked in February of his first campaign at Chelsea, had one more point after 24 games of the 2008/09 campaign than Sarri has now.

Sarri, who apologised to angry Chelsea fans who confronted him after the Bournemouth loss , is in no imminent danger of being sacked.

Sat Feb 2 , 2019
Manchester United will give Ole Gunnar Solskjaer the job on a permanent basis if he manages to dump PSG out of the Champions League. The new Red Devils head coach has had an amazing start to his reign at Old Trafford, winning eight and drawing one of his nine matches […] 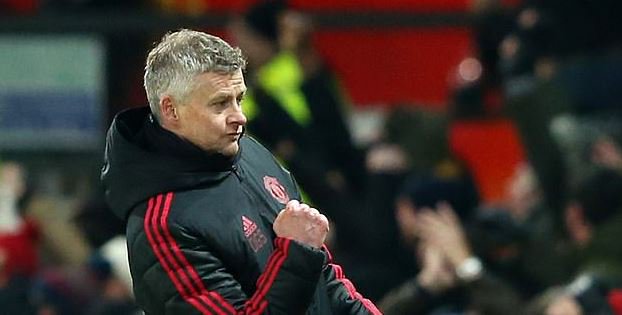