Philippe Coutinho refused to rule out a future transfer away from Spain, but insists his focus is on performing for Barcelona.

The former Liverpool playmaker has found life difficult at Barcelona and is yet to rediscover his best form in his season in Spain.


Manchester United and Chelsea are reportedly plotting moves for Coutinho, as speculation mounts Barcelona could be open to selling the Brazilian.

He told BeIN Sports : ‘Nobody knows what will happen in the future. All I have in my head right now is to work hard.’

Ernesto Valverde issued a challenge to Coutinho after the midfielder scored a brace against Sevilla, urging the Brazilian to continue his goalscoring form into Barcelona’s next match.

Barcelona paid £142million to sign Coutinho a year ago and the 26-year-old was hailed as the player to replace Andres Iniesta.


Jurgen Klopp, the manager who helped Coutinho reach his potential, refused to be drawn into the speculation about his potential return to England when questioned about the rumours this month.

Barcelona are top of league, with a five point lead, but will need Coutinho to find his rhythm as they see off competition from Atletico Madrid.

Despite Coutinho being unable to reach the heights he hit at Liverpool, the playmaker has still managed eight goals and five assists in 30 games this campaign.

Fri Feb 1 , 2019
Chelsea stars are reportedly fed up and tired with Maurizio Sarri’s training regime – which includes sessions even on matchdays. Sarri held training just hours before Wednesday’s 4-0 defeat at Bournemouth – their worst defeat in 23 years – as he does before all evening matches. Sarri’s obsession with implementing […] 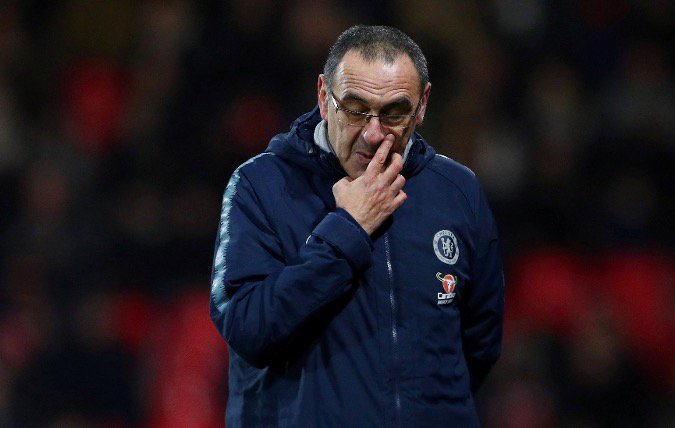