Barcelona have warned Premier League clubs Manchester United and Chelsea that Philippe Coutinho is not for sale.

The Brazil international, who joined Barcelona in January 2017 in a £142million transfer from Liverpool, is already being linked with an exit from the Nou Camp.


The 26-year-old has already won three titles at Barcelona but has endured a somewhat frustrating campaign, only scoring four goals in the league.

Premier League giants Man United and Chelsea have reportedly expressed interest in discussing a deal with Barcelona to bring him back to England.

For Chelsea, Coutinho could be seen as a replacement for Eden Hazard, who appears to be set on a move to Real Madrid.

But the clubs may be forced to look elsewhere as Barcelona’s president, Josep Maria Bartomeu, says he has no plan on selling Coutinho.


‘We expect a lot from him [Coutinho],’ Bartomeu told Marca. ‘We do not want to sell him, he’s one of the good players we want to have.’

Barcelona chief Bartomeu also confirmed he would be interested in signing Isco if he decided to leave Real Madrid in the future.

‘If our coaches asked us for a player and they wanted to leave Madrid then of course we would sign them,’ he told COPE.


‘It hasn’t happened since I’ve been here, but there are no non-aggression pacts and each team wants to become more competitive.
‘We would talk to Madrid about Isco.’

Fri Feb 8 , 2019
Cesc Fabregas believes Eden Hazard will sign a new deal with Chelsea and reject a transfer to Real Madrid. Earlier this week, Hazard increased speculation surrounding his future at Chelsea by conceding in an interview that he has already made a decision about what he will do at the end […] 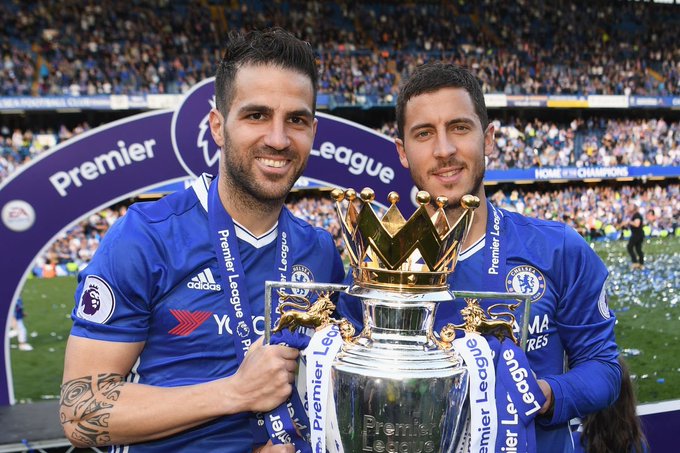