Cesc Fabregas believes Eden Hazard will sign a new deal with Chelsea and reject a transfer to Real Madrid.

Earlier this week, Hazard increased speculation surrounding his future at Chelsea by conceding in an interview that he has already made a decision about what he will do at the end of the campaign.


The Belgium international will have just one year remaining on his contract with Chelsea this summer and is yet to reach an agreement over signing a new deal.

But Fabregas believes his former teammate will remain at Stamford Bridge if he has already decided his future and insists the 28-year-old will not force a transfer away.

‘Frankly, I don’t know what Eden will do,’ Fabregas told Cadena SER.

‘I do know he loves Real Madrid but he is happy at Chelsea and his family loves living in London. He is also the first captain of the team.


‘However, he needs to make a decision before next summer because he hasn’t renewed his contract.

‘He is already 28 years old and this would be the perfect moment to leave, it would be a very personal decision though.

‘If he already said that he has made his choice, I think that he will renew his contract with Chelsea. I just found out about that, actually.

‘I can tell you that Hazard would never get into a disagreement with Chelsea because he wants to leave.

‘It is the club of his life and he has won everything in England playing for them.


‘But I believe that if he already made the decision, it was a while ago because those choices are usually not made during the middle of the season.’

Sat Feb 9 , 2019
Edinson Cavani scored Paris Saint-Germain’s winner against Bordeaux before going off injured to make him a major doubt for Tuesday’s Champions League game with Manchester United. Cavani scored from the spot just before the half-time but appeared to injure himself while taking the penalty, with Thomas Tuchel taking no chances […] 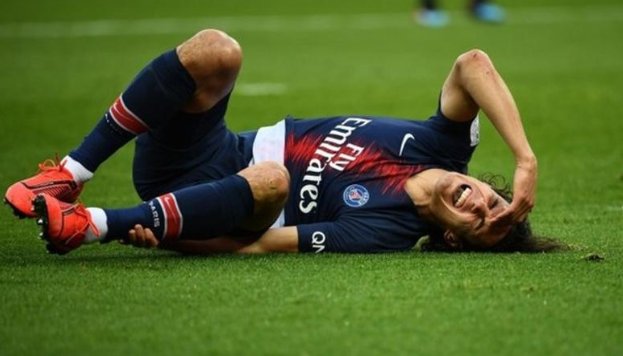