Cesc Fabregas has said that he believes Chelsea could struggle to keep Eden Hazard next summer window unless they agree a on a new contract.

According to reports, Chelsea are prepared to make Hazard the highest-paid player in the club’s history if he agrees to sign a new long-term deal, having been linked with a move to Real Madrid last summer.


“It was an easy decision [not to sell], especially now, because at this stage how much can Eden cost? Not many teams in the world can buy Eden Hazard,” Fabregas told the Evening Standard. “He still had two years left on his contract.

“Next year if he has one year left, that’s a different story. You don’t have as much power as a club. Eden is one of the best players in the world.

“But having two years left, especially how the market is, it’s basically impossible to sign him up. I don’t think it was that hard from the club [to keep him].”

Hazard provided a stunning reminder of his quality in Wednesday’s 2-1 victory over Liverpool in the Carabao Cup. He beat five defenders over the course of a dazzling move before hitting an unstoppable shot beyond Simon Mignolet.


The Belgian had suggested in July that “it might be time to discover something different” after six year spell at Stamford Bridge, making it clear that Real was his “preferred destination”.

Chelsea assistant Gianfranco Zola reiterated after the game that he believes Hazard can get even better under Maurizio Sarri this season, and Fabregas added that experience has enabled the Belgian forward to reach new levels of threat.

“I have had some great moments with Eden on the pitch but maybe in terms of maturity, yes it is the best [form of his career],” Fabregas said.

“He has always had the ability but he is at an age now where he feels he can be more dangerous. He knows when to pass more, when to dribble.


“His maturity has improved a lot and now he is scoring goals, decisive goals which we all wanted from him. When you see the top players, this is what they do. They make a difference in terms of scoring goals. I think he needed that to make the step forward and at the moment he is doing that so hopefully he can keep it up.”

Mon Oct 1 , 2018
Alexis Sanchez regrets his decision to leave Arsenal for Manchester United and is reportedly angry with Jose Mourinho. The Chile international forced his exit from Arsenal in January after threatening to wind down his contract and United beat Manchester City to his signature after agreeing a mouth-watering £500,000-a-week deal. Sanchez […] 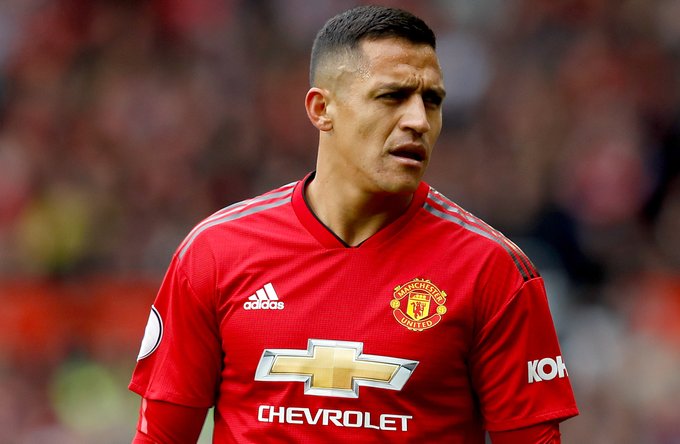