Edinson Cavani scored Paris Saint-Germain’s winner against Bordeaux before going off injured to make him a major doubt for Tuesday’s Champions League game with Manchester United.

Cavani scored from the spot just before the half-time but appeared to injure himself while taking the penalty, with Thomas Tuchel taking no chances and substituting the Uruguayan.


His absence against United would be a concern for Paris Saint-Germain, with Neymar already sidelined by a foot injury.

In a game of few clear-cut chances, PSG emerged as the winner, bouncing back after suffering their first league defeat of the campaign 2-1 against Lyon.

Thiago Silva had an early attempt cleared off the line by another Brazilian Pablo, in his search for his first league goal of the campaign.

An early penalty shout by Cavani, after the striker appeared to be caught by Francois Kamano, was dismissed by the referee who decided not to use VAR for the decision.


Cavani had the best chance of the early part of the match after being fed through by Marco Verratti, controlling the ball with his right foot before volleying wide.

Moussa Diaby fired wide but PSG won a penalty after Thomas Meunier was brought down in the box by Nicholas de Preville and Cavani fired home after sending the ‘keeper the wrong way for his 19th goal of the campaign.

In Bordeaux’s best opportunity of the match, the ball fell to Kamano at the edge of the box, but the striker’s shot was wide of the goal.

Minutes later, Kamano unleashed a better effort, forcing Gianluigi Buffon into a save, a one-handed palm over the bar, to keep PSG in the lead in the game.


After creating space in the box Choupo-Moting had chances to shoot or pass to Kylian Mbappe but the defenders managed to get the ball away.

The league’s leading goalscorer Mbappe had a chance to wrap up the match in the final moments for PSG after being put through, but was unable to put the ball in the net.

Sun Feb 10 , 2019
Manchester City thrashed Chelsea 6-0 on Sunday evening and Jamie Carragher didn’t hold back with his criticism, comparing them to Arsene Wenger’s Arsenal after a poor first half. A Sergio Aguero double after Raheem Sterling’s opener was followed by a goal from Gundogan to leave Chelsea reeling – and with […] 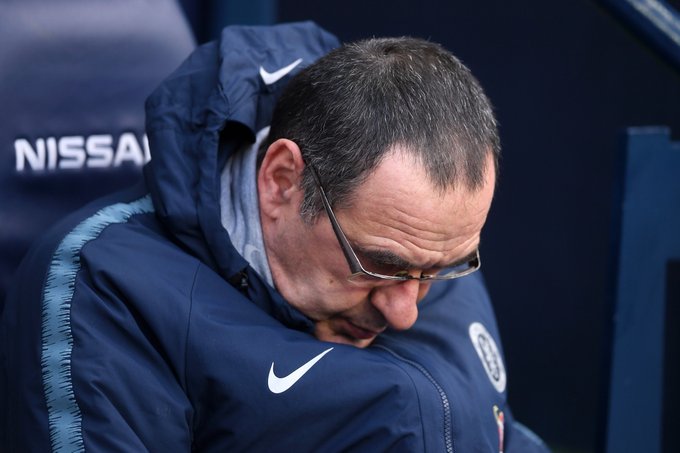