French giants Paris Saint-Germain experienced one of the most tense and controversial moments of their modern period in 2017 as Neymar and Edinson Cavani publicly argued over a penalty kick on the pitch.

It came in a game against Olympique Lyonnais as both aforementioned players were interested in taking the penalty.


“[Unai] Emery was to blame for that moment, without criticising anyone, it’s something that should be made clear,” he told ESPN.

“When it happened I told Neymar ‘I’m the one who takes penalties’ and then there was an exchange of words.


“Then, in the dressing room I told him what I thought.

“After that, Emery said that Ney was going to take penalties and I asked him why. I said that a year ago we had agreed it like that with him, and he told me I was going against him.

The former Napoli striker also talked about another of his lowest moments in football which is the famous comeback of Barcelona at Camp Nou earlier that same year.

“That game affected me a lot, it was a terrible game because nobody expected it to happen and I started not being able to sleep,” he remembered.

“I spent nights reading at home and I began to worry because the nights were going by and I could never sleep.

“It would get to 8.30am and then I would sleep but, of course, I would have to go and train.

“I spoke to the doctors and they calmed me, they gave me a pill and bit by bit I started sleeping again.”

Cavani remains in Paris where he leads the forward line alongside Neymar and Kylian Mbappe, winning Ligue 1 this campaign.

Mon May 27 , 2019
Sergio Ramos has urged Real Madrid to let him accept a big offer from an unnamed Chinese Super League club, reports in Spain claim. But the Bernabeu and Spain captain, 33, is said to have been rebuffed by Real Madrid chiefs after meeting president Florentino Perez to plead his case. LaSexta claim Ramos demanded: “I want the […] 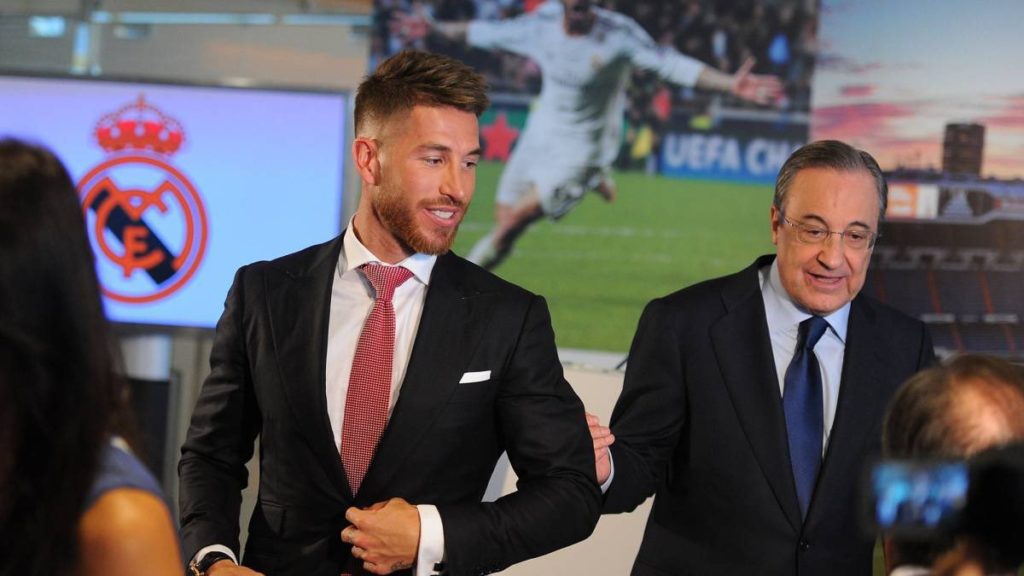