Liverpool defender Virgil van Dijk believes that Lionel Messi remains a worthier candidate for the 2019 Ballon d’Or award – while conceding he would not turn down the award after his Champions League heroics.

The Netherlands star has been a rock in the heart of the Liverpool team since signing in January 2018, transforming a leaky backline into the Premier League’s most formidable unit.

Already named the PFA Player of the Year and Premier League Player of the Season in England this campaign, Van Dijk now has a real opportunity to become the first defender to win the Ballon d’Or since Fabio Cannavaro in 2006.


But despite getting the better of Messi and Barcelona in the semi-final game prior to glory in the Wanda Metropolitano, the defender believes the Argentine remains a better candidate for the award.

“I think Messi is the best player in the world. He should win the Ballon d’Or,” he told reporters in Madrid following the final whistle.


“So I’m not thinking of that. But if I win, I’ll take it. Messi should win it though. He is the best in the world, whether he’s in the final or not.”

“We should be hungry. This season finished today with the Champions League,” he said.

“In July everyone starts at zero and we go again. We saw this season that we still have to build on it.

“We need to challenge Manchester City again because I don’t think they’re going anywhere. We are ambitious and we want these type of nights a couple of times a year.”

Real Madrid and AC Milan remain top of the list with 13 and seven titles respectively, while the Liverpool now sit clear of Bayern Munich and Barcelona, who both remain on five titles.

Sun Jun 2 , 2019
Jurgen Klopp has revealed he spoke to Manchester City head coach Pep Guardiola shortly after Liverpool’s Champions League final triumph against Tottenham. Liverpool beat their Premier League rivals 2-0 in Madrid on Saturday through goals from Mohamed Salah and Divock Origi to lift the trophy for the sixth time in their history. It is also Klopp’s […] 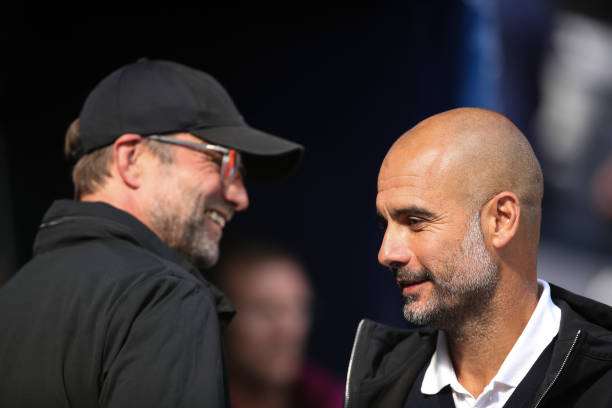