Manchester City thrashed Chelsea 6-0 on Sunday evening and Jamie Carragher didn’t hold back with his criticism, comparing them to Arsene Wenger’s Arsenal after a poor first half.

A Sergio Aguero double after Raheem Sterling’s opener was followed by a goal from Gundogan to leave Chelsea reeling – and with 45 minutes still left to play.


It was an outstanding display from City but Carragher believes Chelsea were not mentally strong enough.

Blues boss Maurizio Sarri has spoken publicly about his struggles to motivate the players and Carragher said they were more similar to the Arsenal teams who have suffered heavy defeats in big matches under Arsene Wenger in recent years.

“City have been outstanding, but this has been as bad as anything from Chelsea this season,” Carragher told Sky Sports.

“It’s only halfway through Sarri’s first season but the worst thing I can say is it looks like he has turned Chelsea into Arsenal.


“The Arsenal team that has got battered away from home in the last seven or eight years because they have been too weak. You couldn’t say that about Chelsea in the past, but this looks like a weak team.

“The first goal is criminal from [Marcos] Alonso. It’s so casual three or four minutes into a big game. He was not switched on at all.”

Sun Feb 10 , 2019
Maurizio Sarri concedes he is ‘worried’ for his Chelsea side after Sunday’s embarrassing loss to Manchester City. But the Chelsea manager refused to be drawn on whether the 6-0 loss could cost him his job at Stamford Bridge. A Sergio Aguero hat-trick, a Raheem Sterling brace and a goal from […] 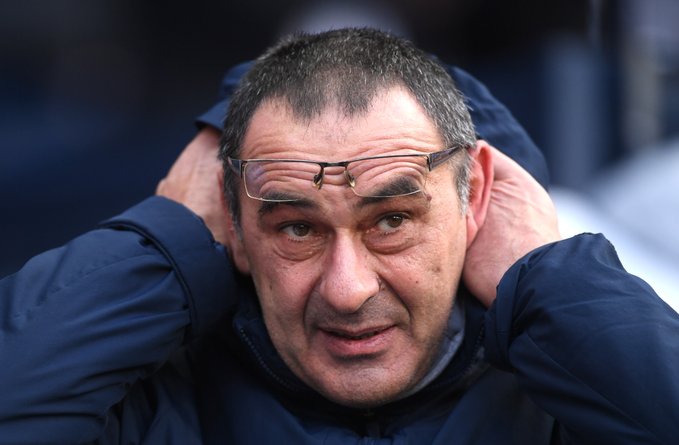