Chelsea head coach Maurizio Sarri appears to be close to joining Juventus as the players of the club have been informed that he will replace Massimiliano Allegri in the dugout next campaign, according to the Daily Mail.

Sarri has been linked with a move to the Serie A giants ever since it was announced that Allegri would be leaving the club and he reportedly met Juventus’ chairman Andrea Agnelli in Baku on Wednesday.

Agnelli, who is in attendance at the Europa League final between Chelsea and Arsenal in an official duty, was also pictured speaking to Chelsea chairman Bruce Buck with Italian outlet Tuttosport reporting that the duo discussed Sarri’s future.


Although Sarri has insisted that he would want to remain in the Premier League next campaign, Juventus officials are growing increasingly confident of securing his appointment and are ready to pay Chelsea £5m in compensation to complete the deal.

The Chelsea manager was filmed storming off the pitch towards the end of Chelsea’s final training session before the final after being informed that his team could not practise set-piece routines without being filmed.


Despite helping Chelsea to a third-place finish in the Premier League and to the Carabao Cup and Europa League finals, Sarri has endured a difficult year in charge of the club and was almost sacked few months ago.

Heavy 4-0 and 6-0 defeats to Bournemouth and Manchester City in consecutive away games in the Premier League earlier this year saw Sarri come under pressure, while the club’s fans have failed to warm to him throughout the campaign.

Juventus were crowned Serie A champions for the eighth season running but their elimination from the Champions League at the quarter-final to Ajax resulted in Allegri leaving the club.

Wed May 29 , 2019
Eden Hazard appeared to confirm his exit from Chelsea after scoring a brace in his team’s 4-1 Europa League final defeat of Arsenal. Hazard has been linked with a transfer to Real Madrid at the end of the campaign and confirmed after the match that his time at Chelsea has likely come to an end.  […] 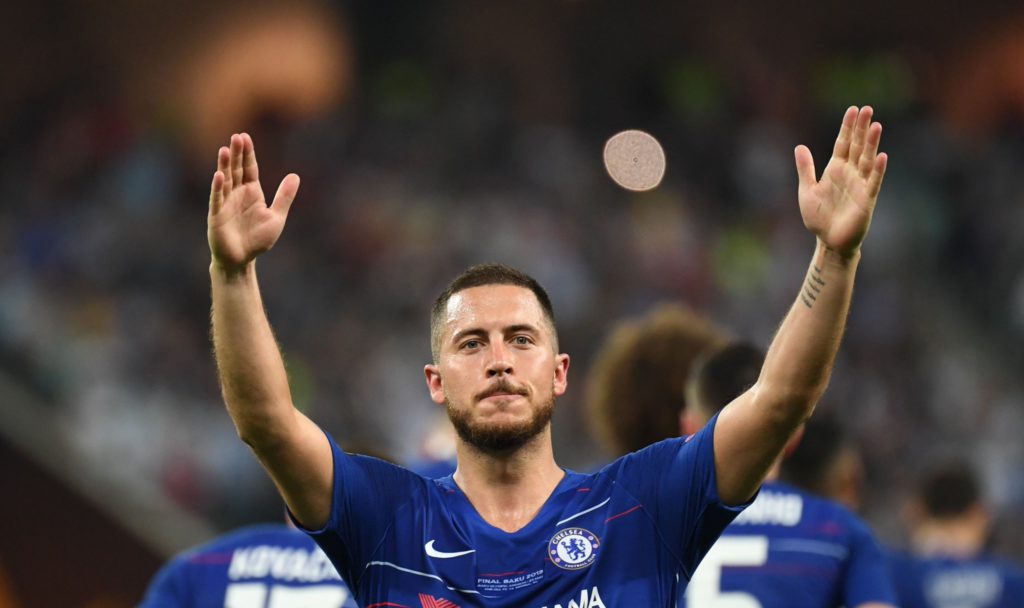