Sarri is expected to be confirmed as the successor to Massimiliano Allegri in the coming days after Chelsea reportedly agreed to let him leave in a meeting on Friday, with Juventus set to pay around £5million in compensation for the Italian.


And according to Italian newspaper Tuttosport, Ronaldo is very happy about the prospect of ‘Sarri-ball’ coming to Turin and is the 34-year-old hopes he can benefit from the change in approach.

The Portugal international had a mixed maiden season in Serie A, scoring only 21 goals in 31 matches – his worst return since his final campaign at Manchester United when he scored just 18 times.

Allegri is very much known for pragmatic football, with second-placed Napoli and third-placed Atalanta both out-scoring Juventus this campaign, while they were also eliminated out of the Champions League by Ajax.

But Ronaldo has noted the attacking approach used by Maurizio Sarri at both Napoli and Chelsea, and the good effect his style has had on each team’s attacking talisman.

Gonzalo Higuain netted 36 goals in 35 games and Dries Mertens scored 28 goals in 35 matches, both enjoyed the most prolific seasons of their career under Sarri, while Eden Hazard’s 21 goals in all competitions this campaign is his most since leaving France.

Ronaldo is happy to see a more offensive coach in the Juventus dugout and is very keen to see what impact ‘Sarri-ball’ can have on his own performance.

The Italian head coach struggled to win over supporters at Stamford Bridge despite finishing third in the Premier League and winning the Europa League, but he is still held in high regard in his homeland.

Tue Jun 4 , 2019
PSG forward Kylian Mbappe could have joined Liverpool back in 2017, But the France international instead chose to sign for Paris Saint-Germain on loan from Monaco for a campaign before the transfer was made permanent for £167m. The Frenchman has made a good progress in Paris, where he has won […] 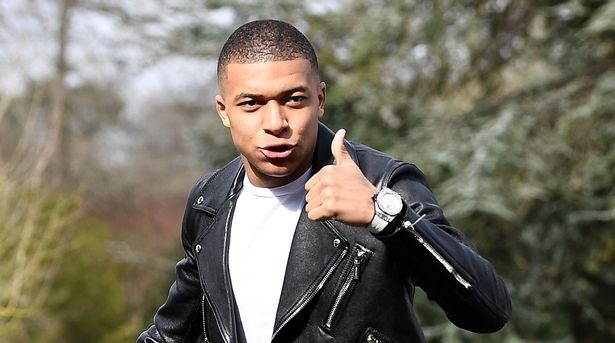