Jorginho is ready to snub Manchester City for Chelsea, according to Napoli’s president Aurelio De Laurentiis.

De Laurentiis previously claimed Napoli had rejected a bid of £44m from City for the midfielder and Sky Sports reports the Premier League champions have been in advanced talks for the 26-year-old for a number of weeks.

De Laurentiis revealed he agreed a deal for Jorginho with Man City chairman Khaldoon Al Mubarak over two weeks ago but Chelsea came in with a bigger offer, in terms of both the transfer fee and wages.


“These offers did not start from Chelsea, but from Manchester City. As a matter of fact, I will apologize to Khaldoon [Al Mubarak], because I found a deal with Khaldoon 15 days ago,” De Laurentiis said.

“However, if for personal reasons I won’t get into, the player prefers to live in London rather than in Manchester, I can understand him.

“If Chelsea pay him more, I can understand it too. So I can just apologize to Khaldoon.


However, despite what De Laurentiis has said, City believe they are still in pole position to sign Jorginho.

De Laurentiis also revealed Chelsea are close to concluding a deal for Maurizio Sarri to replace Antonio Conte, meaning the midfielder would be reunited with the coach.

De Laurentiis said: “Sarri is close to being new Chelsea manager. My lawyers are in talks with his lawyers to finalise everything.”

Chelsea are yet to make a signing in this summer’s transfer market but it is understood Sarri’s arrival could bring the arrival of Aleksandr Golovin and Juventus defender Daniele Rugani.

Luka Modric hits out at England after World Cup win

Thu Jul 12 , 2018
Luka Modric has accused English journalists and pundits of showing a lack of respect to Croatia and conceded his teammates had used the criticism to motivate them to a win against England in their World Cup semi-final. Modric impressed as Croatia came from behind to win in Moscow but the Real Madrid midfielder […] 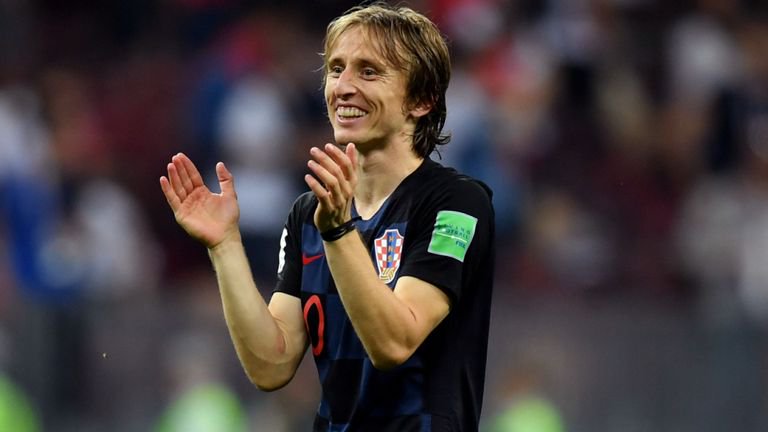