Luka Modric has accused English journalists and pundits of showing a lack of respect to Croatia and conceded his teammates had used the criticism to motivate them to a win against England in their World Cup semi-final.

Modric impressed as Croatia came from behind to win in Moscow but the Real Madrid midfielder was unhappy with sections of the English media, some of whom had predicted an easy win for England.


“People were talking … English journalists, pundits from television,” he told ITV. “They underestimated Croatia tonight and that was a huge mistake. All these words from them we take, we were reading and we were saying: ‘OK, today we will see who will be tired.’ They should be more humble and respect their opponents more.

“We showed again that we were not tired – we dominated the game mentally and physically. We should have killed the game even before extra time. This is an amazing achievement for us – it’s a dream come true after such a long time. We are in the final and that is the biggest success in Croatia history. We have to be proud.”

Sime Vrsaljko added: “The all-round perception was that this is a new-look England who have changed their ways of punting long balls upfield but when we pressed them it turned out that they haven’t. “


“We knew what was at stake and how important the semi-final is for a small country like Croatia,” he said. “We started slowly today but we showed our character and again came from a goal behind just like we did in the previous knockout rounds.

“Twenty years ago I was back at home in my hometown and I rooted for Croatia wearing the Croatia jersey. I could only dream of playing for my country and scoring one of the most important goals to reach the final,” Perisic said.

Croatia’s coach, Zlatko Dalic, said their extra-time win was well deserved and his players were not yet finished.


“We deserved to reach the final. What the lads played tonight was fantasy, they’ve made history,” Dalic said. “We haven’t said our last word, there is still one more game to go. God willing, we will be world champions.”

Mourinho reveals why he wanted to sign Ivan Perisic for United

Thu Jul 12 , 2018
Jose Mourinho has revealed why he wanted Ivan Perisic at Manchester United after the winger’s remarkable performance in Croatia’s victory over England in the World Cup semi-final. Perisic scored Croatia’s equaliser in the 68th minute and even came close to putting them ahead as his shot hit the post. The […] 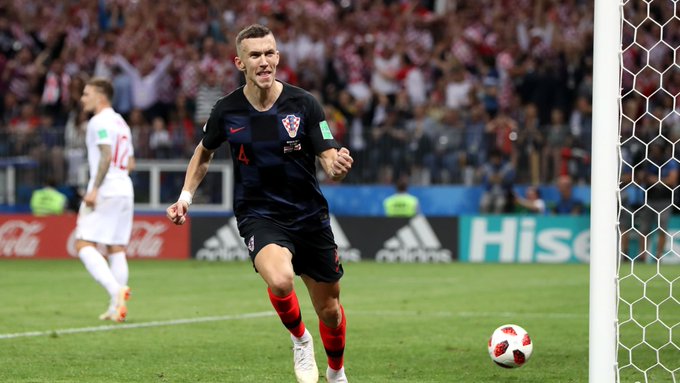