Sergio Aguero has taken a swipe at Argentina boss Jorge Sampaoli after the defeat to Croatia on Thursday.

Argentina’s hopes of reaching the last-16 stage are now in the balance after they were beaten by Croatia in Nizhny Novgorod.

After the defeat, Sampaoli took responsibility for the result and conceded he failed to find a tactical system that could get the best out of his squad and Lionel Messi.


‘Everything that happens to the team has to do with the manager, the project did not prosper and it was very difficult for the players to stand out,’ said Sampaoli.

‘I was very hopeful, I have a lot of pain because of the defeat, and I certainly did not read the game correctly. The key to the defeat was in my decisions.’

But when told by a reporter that Sampaoli had claimed that the players failed to fit in to his ‘project’, Aguero replied: ‘Let him say what he wants.’

The Manchester City forward refused to answer any further questions and just walked away.

Croatia were gifted the opening goal as Ante Rebic capitalised on Willy Caballero’s mistake with a superb strike.


Luka Modric doubled Croatia’s lead with 10 minutes remaining after a good strike on the edge of the area, while Ivan Rakitic was also on the score sheet.

Argentine must now beat Nigeria in their final game in Group D to stand a chance of progressing to the next stage.

Fri Jun 22 , 2018
Davide Zappacosta insists he is ‘only thinking about Chelsea’ with speculation linking him with a move to Inter Milan. The Italian right back, who joined Chelsea last summer from Torino, has emerged as a key target for the Serie A club. Sky Sports claimed on Wednesday that Inter met with […] 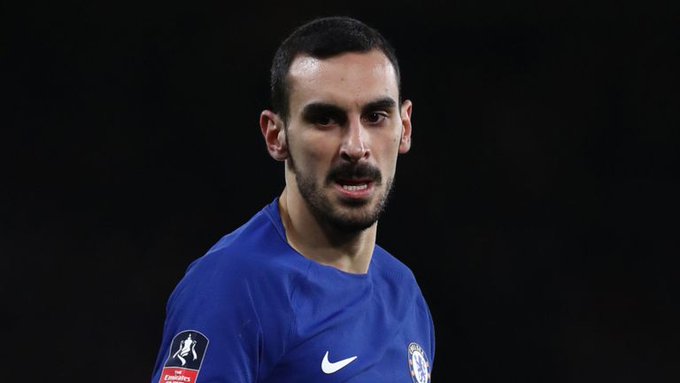