Diego Simeone has hit out at Lionel Messi and suggested the Barcelona star cannot raise his game in an average team the way Cristiano Ronaldo can after Argentina’s shock defeat to Croatia.

Argentina are on the brink of an early World Cup exit after a 3-0 loss to Croatia and Messi could not help his team with a win.


Messi’s performance was far off the heights he was known with Barcelona and the forward’s display was in contrast to Ronaldo’s superb performance for Portugal.

Simeone is Argentinian himself and his furious comments in a Whatsapp message were leaked by Cadena COPE.

‘Messi is very good but that is because he is accompanied by excellent players,’ Simenoe said speaking to his assistant.


‘But if you had to choose between Messi and Ronaldo for a normal team, who would you choose?’

Simeone watched the match and not only slammed Messi, but Jorge Sampaoli has come under fire for his tactics.

Sampaoli decided to play three at the back against Croatia despite playing with a back four in Argentina’s first World Cup game.

Argentina have been poor in their two games, scoring just one goal and with elimination staring the two-time World Cup winners in the face, Simeone believes the entire set-up is to blame.


‘What we saw against Croatia is the picture of what has happened over the past four years,’ he said.

Mon Jun 25 , 2018
Gernot Rohr remains positive John Obi Mikel will play against Argentina despite confirming that the midfielder suffered fractured metacarpal in their 2-0 win against Iceland. Mikel was hurt in the victory at Volgograd Arena and played the latter stage of the match in pains. However, the German refused to rule […] 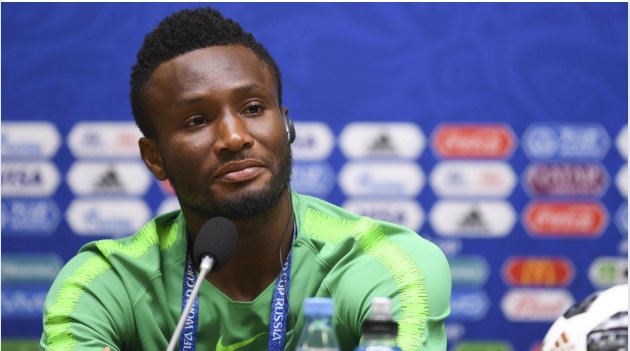