Argentina boss Jorge Sampaoli consulted Lionel Messi about substitutions in the game as they overcame Nigeria to advance to the last 16 of the World Cup.

Barcelona star Messi gave Argentina an early lead with a remarkable goal but, after Nigeria equalised through Victor Moses, it was defender Marcos Rojo who struck the late winner to send the side through.


Argentina have been much of a debate after failing to win their first two matches, and there were rumours prior to the game that the players had staged a coup and selected the team themselves.

There were five changes to the starting XI, with Gonzalo Higuain brought back to lead the line and Willy Caballero dropped for debutant Franco Armani.

Incredibly, even during the game Sampaoli seemed to lack authority and actually asked Messi whether he should bring on Sergio Aguero in the second half.

The side were playing a 1-1 draw and in need of a goal when Sampaoli shouted at Messi: ‘Should I bring on Kun?’


The star player obviously answered in the affirmative, with Aguero entering the game late on in place of Nicolas Tagliafico, the substitution saw Rojo move to the left where he later got the winning goal.

Usually players go out for the second half with their manager’s team talk still ringing in their ears, but on Tuesday it was Messi who delivered the team talk.

Sampaoli was already in the dugout waiting for the second half to kick off while the rest of the squad huddled around Messi as he delivered a rousing speech.

Sat Jun 30 , 2018
Chelsea have turned down a £50million offer from Barcelona for midfielder Willian. Despite winning the league and cup double last campaign, Barca have concerns that their squad still lacks quality in depth and attacking flair, particularly after their shock Champions League loss to Roma. The Spanish side see the 29-year-old […] 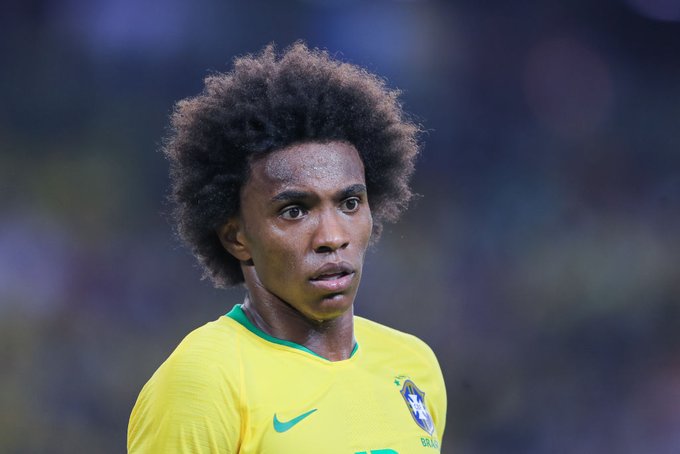