Luka Modric’s agent has opened the door to a possible move to Inter, insisting the Real Madrid midfielder is enthused by the idea of playing for the Serie A club.

The Croatia captain has been linked with a Real Madrid exit having won La Liga once in 2016-17 and four Champions League titles, among many other trophies since his transfer from Tottenham in 2012.


Modric was included in Madrid’s 29-man squad for Wednesday’s UEFA Super Cup match with Atletico Madrid , although speculation concerning his future has refused to go away.

Indeed, Italian publication Corriere della Sera reported on Tuesday that Inter have not given up on signing the Croatia international, and that the player will discuss his future with Madrid on Thursday.

And Modric’s agent has talked about the 32-year-old’s chances of moving to Italy, insisting that the midfielder has been thinking about playing a big role for Inter.

Marko Naletilic told Tuttosport : “Modric didn’t just think about playing at Inter, he’s really thrilled by the idea of having a big role with the Nerazzurri.


“I have the feeling that sooner or later, Modric will play in Italy: he grew up watching Serie A.”

Modric was one of the stand-out performers at the World Cup, playing in all seven of Croatia’s games on his way to winning the Golden Ball, where they were eventually defeated in the final by France.

Perez and head coach Julen Lopetegui have been emphatic in their public claim that Modric would not be sold, with the Madrid president joking that he can leave for €750 million.


Luka Modric has made 257 appearances to date for Real Madrid, and has scored 13 goals.

Tue Aug 14 , 2018
Mikel Arteta’s ‘forensic studies’ of the Arsenal squad in hope of succeeding Arsene Wenger helped him mastermind Manchester City’s win on Sunday, according to reports. The Spaniard could have been Arsenal’s manager as the reigning champions kicked off their title defence with a 2-0 victory, though the London club opted […] 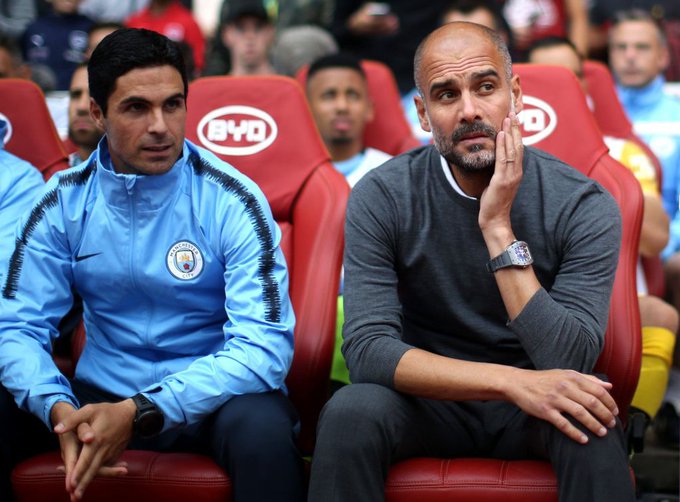