Jose Mourinho has revealed why he wanted Ivan Perisic at Manchester United after the winger’s remarkable performance in Croatia’s victory over England in the World Cup semi-final.

Perisic scored Croatia’s equaliser in the 68th minute and even came close to putting them ahead as his shot hit the post.


The 29-year-old then turned provider in extra time as his header set up Mario Mandzukic to score the winning goal for Croatia.

Mourinho had made a move to sign Perisic last summer but United refused to meet Inter’s £50 million asking price.

And the Portuguese admits the Croatia international physical qualities make him such a distinct player.

‘Perisic is the kind of winger that is different to the others,’ Mourinho told RT.


‘Normally you look at wingers and they are just fast and creative.

‘But he is also physical, very physical. Fantastic in the air.

‘So the way he wins that ball in the air [for Mandzukic’s goal] and puts the ball into that space is only possible if you are very, very physical and dominant over defenders.


‘So he was amazing by going there and winning that ball in the air.’

Sun Jul 15 , 2018
Eden Hazard concedes he could leave Chelsea this summer window, saying “it might be time to discover something different”. Ahead of this summer’s World Cup, Hazard said that Real Madrid “know what they need to do” to sign him, which confirmed he is interested in a move to the Bernabeu. […] 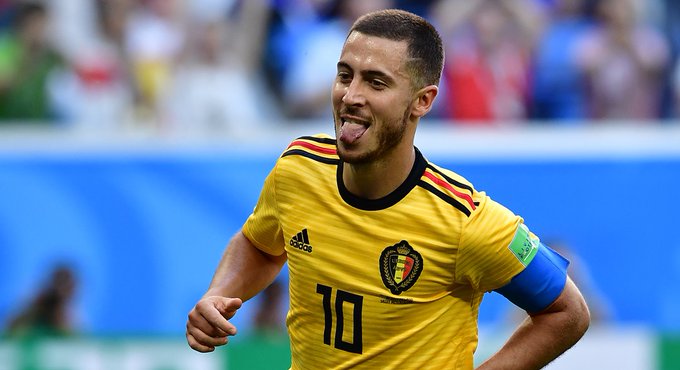