Eden Hazard concedes he could leave Chelsea this summer window, saying “it might be time to discover something different”.

Ahead of this summer’s World Cup, Hazard said that Real Madrid “know what they need to do” to sign him, which confirmed he is interested in a move to the Bernabeu.

Real Madrid are already in the market for a forward following the exit of Cristiano Ronaldo to Juventus, but have officially denied making a world-record bid for Paris Saint-Germain forward Neymar.


Speaking after Belgium’s 2-0 victory aover England, Hazard told Belgian outlet HLN: “After six wonderful years at Chelsea it might be time to discover something different.

“Certainly after this World Cup. I can decide if I want to stay or go, but Chelsea will make the final decision – if they want to let me go. You know my preferred destination.”

Hazard has also previously said he would wait for clarity over the future of Antonio Conte before deciding about his future. Chelsea appointed Maurizio Sarri as their new manager on Saturday.

He added: “We knew already for a while that Sarri was going to become the new manager. If he’s a good manager? If he lets me win trophies, yes.


“Dries Mertens has told me he’s a good coach. We’ll have to work hard. The Italian way, but we were used to that with Antonio too.”

Sun Jul 15 , 2018
Jose Mourinho has told England to “believe in the process” after their World Cup run finished with a 2-0 loss against Belgium in the third-place match on Saturday. Gareth Southgate’s team surpassed expectations by reaching the semi-finals of the World Cup in Russia. Even though they return home after back-to-back […] 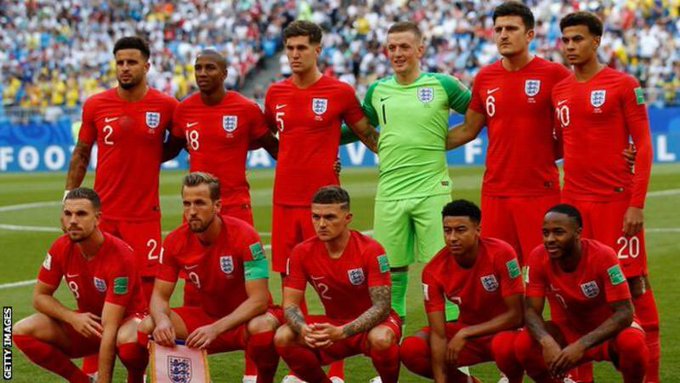