Inter Milan CEO Giuseppe Marotta has confirmed that Ivan Perisic has handed in a transfer request after the offer from Arsenal.

Unai Emery has been desperate to bring in an attacker this month and the Gunners have made a late bid to sign Perisic before the January transfer window closes.


Arsenal are only prepared to make loan signings and have been exploring the possibility of taking the 29-year-old until the end of the campaign. A clause would then be inserted in his contract for them to buy the player for £35million in the summer.

Luciano Spalletti hinted at an imminent transfer by dropping Perisic for Inter’s game with Torino on Sunday and it appears the winger may have played his last game for the club after handing in a transfer request.

However, Marotta insists that Inter are yet to receive a tempting offer for the Croatia international.

Asked about Perisic ahead of kick-off, Marotta said: ‘We have to live with a situation that many clubs have in this period, which is players who express their desire for a transfer.


‘We listened to the player, he has this desire. We want to make him happy.

‘But also have to consider what is best for us. So far, no suitable offers have arrived, so we will wait.’

Jose Mourinho was interested in signing Perisic last summer and the winger admits he was ‘really close’ to signing for United.

‘It’s true that an offer from Manchester United was on the table – I was really close to leaving Inter,’ he said last month.

‘When Luciano Spalletti arrived, he showed tremendous desire to keep me in the team and made it clear he didn’t want to lose me. That was very encouraging, and I haven’t regretted my decision to stay at Inter. In football, small details in these situations are key.


‘Admiration from a coach like Mourinho is definitely something that flattered me. It’s confirmation of hard work and good performances.

‘When you’re praised by a guy like Mourinho – the manager of a huge club like Man United – it’s difficult not to think about such an offer. I’m glad he has a high opinion of me.

‘These things motivate me to work and train hard, to achieve the best performances.’

Mon Jan 28 , 2019
Manchester United caretaker manager Ole Gunnar Solskjaer concedes he’s planning for next season at Old Trafford whether he remains in charge or not. The Norwegian has made a sensational start to his role at the club, winning all eight of his matches in charge so far. Tottenham head coach Mauricio […] 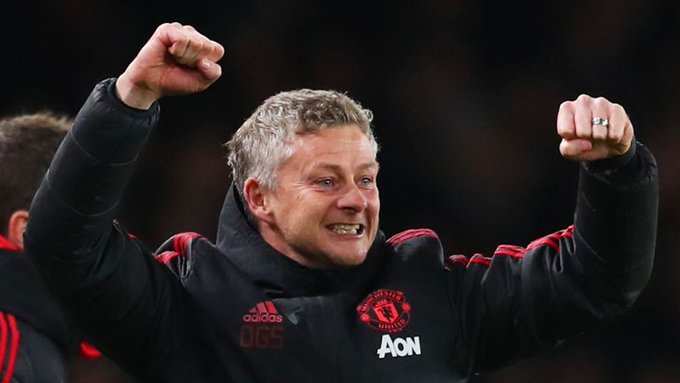