Manchester United caretaker manager Ole Gunnar Solskjaer concedes he’s planning for next season at Old Trafford whether he remains in charge or not.

The Norwegian has made a sensational start to his role at the club, winning all eight of his matches in charge so far.


Tottenham head coach Mauricio Pochettino is United’s first choice to take charge permanently this summer but the calls for Solskjaer to get the job are getting louder.

United will wait until the summer before making a decision but Solskjaer says it’s his duty to plan for next campaign.

Asked whether the likes of Mason Greenwood could feature under him, Solskjaer replied: ‘We have quite a few talents in that youth team that you’d like to see and will see at some point before next season to put the club and team in a good position at the end of the season, how will we look like next season.

‘Mason (Greenwood), Jimmy Garner, Ethan it’s just about the right time. We’ve got Alexis, Rom, Juan, who haven’t played so much lately, they’re three players you have to jump ahead of as well and they’re quality and we’re here for results as well.’


Reporters then picked up on the fact that Solskjaer had mentioned next season, in what is his first admission that he could stay at the club.

However, the 45-year-old said: ‘What Manchester United are gonna look like next season with or without me, it doesn’t matter, I’m here to prepare for next season,’ said Solskjaer.

United will play Burnley at Old Trafford on Tuesday, where Solskjaer will be hoping to make it nine wins in a row in all competitions.

Mon Jan 28 , 2019
Chelsea have told Callum Hudson-Odoi that they are unwilling to allow him leave, after the teenager handed in a transfer request. The 18-year-old, who has only 18 months left on his contract, has been the subject of a £35m offer from Bayern Munich. The winger stated his intentions to leave on […] 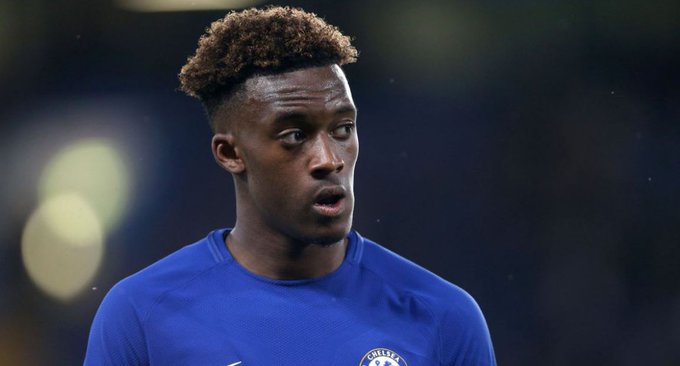