Bayern Munich are hoping a new bid of £40million will persuade Chelsea to sell their youngster Callum Hudson-Odoi, according to reports.

The 18-year-old has been offered a new contract by Chelsea worth £85,000 a week, but his eyes are reportedly set on a transfer to Bundesliga with RB Leipzig joining the race for his signature.


Hudson-Odoi has only played 61 minutes in the Premier League this campaign and, following the emergence of Jadon Sancho, is also aiming for a career breakthrough in Germany.

Chelsea do not want to part ways with one of the brightest talents of their youth academy, and have offered him a new deal in order to change his mind.

But the Daily Mail report that Hudson-Odoi is still pushing for a transfer to Allianz Arena while they are preparing a new offer of £40m for the English winger.

Bayern might now be more determined in their attempts to sign the winger as their RB Leipzig, are believed to have joined the race for his signature.


RB Leipzig can offer the Blues only £20m, but are willing to add a buy-back clause in the deal.

Chelsea might decide to accept the offer as they risk a significant drop in Hudson-Odoi’s value if he runs down his contract into the last year.

The buy-back clause could potentially be a game-changer in the negotiations, but the teen reportedly still favours a switch to Bayern – who are set to make a team reshuffle in the summer.

The club’s legends Franck Ribery and Arjen Robben will both leave the club in June, and Bayerwill want Hudson-Odoi to inherit the Dutch winger’s No10 shirt.


SunSport have reported Bayern are in “constant contact” with Chelsea , and are trying to conclude a deal before the transfer window shuts.

Sun Jan 27 , 2019
Inter Milan CEO Giuseppe Marotta has confirmed that Ivan Perisic has handed in a transfer request after the offer from Arsenal. Unai Emery has been desperate to bring in an attacker this month and the Gunners have made a late bid to sign Perisic before the January transfer window closes. […] 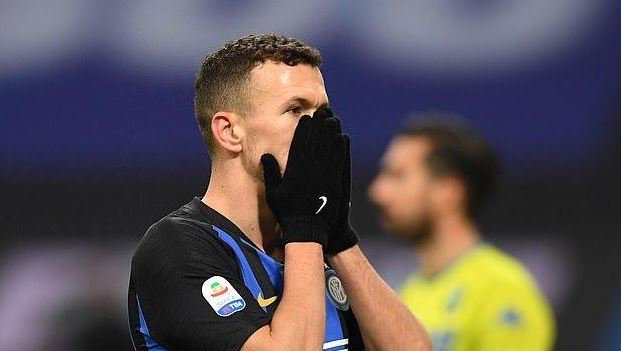