Chelsea are reportedly set to offer Callum Hudson-Odoi a new deal worth £100,000-a-week in a big to ward off clubs interested in him.

The 18-year-old is yet to start a Premier League match for Chelsea but was subject of a £35m offer from Bayern Munich in January.


The teenager has won his first two England caps and is being talked about as one of the brightest youngsters in European football.

Chelsea offered Hudson-Odoi a new contract worth £85,000-a-week in January, which was rejected, but the Evening Standard report that they are going back in with a much bigger offer.

It is yet to be seen whether the forward will be interested in signing the new contract or not, as a lot will depend on the amount of game time he is given.

The England international has made 19 appearances for the Blues this campaign but only six of these have come in the Premier League, all of which were from the bench.


Chelsea head coach Maurizio Sarri and the board would have to promise Hudson-Odoi a more important role at the club to tempt him to stay.

The teenager’s current deal runs out in the summer of 2020, so if he rejects an offer, plenty of clubs will be trying to sign him as Chelsea will be tempted to cash in before his deal runs out.

However, with Chelsea banned from signing players for two transfer windows, they would much prefer to hang onto one of their most exciting youngsters.

Fri Mar 29 , 2019
Claude Makelele has revealed that he threatened to put Ronaldinho in hospital during one of Chelsea’s Champions League games against Barca. Makelele faced Ronaldinho in both the 2004-05 and 2005-06 campaigns for Chelsea and was also tasked with stopping the forward during France’s friendly vs Brazil in 2004. But the […] 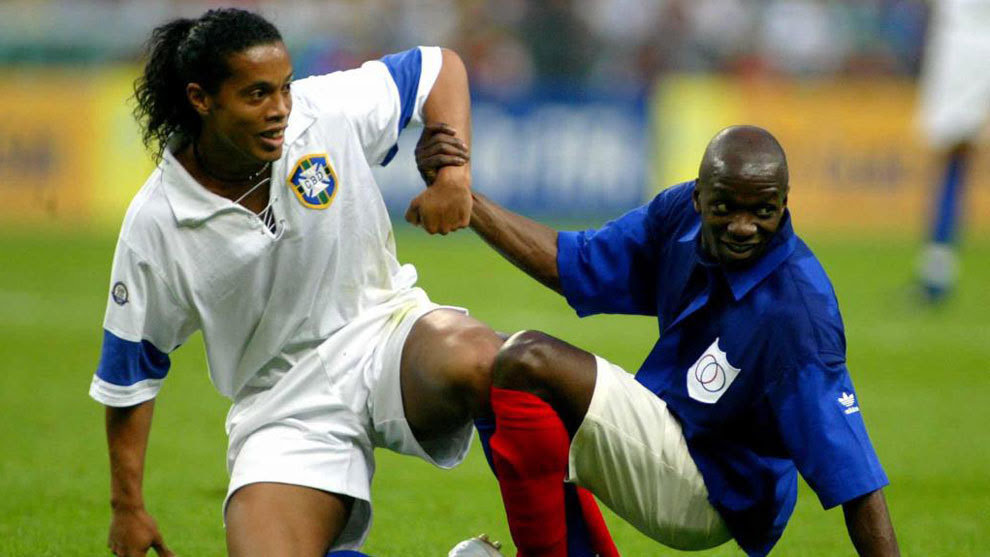