Bayern Munich have made another bid, this time in excess of £20m, for Chelsea winger Callum Hudson-Odoi, according to Sky Sports.

Bayern have made the England U19 international their No 1 target in the January transfer window.


It was reported earlier on Saturday the Bundesliga outfit had made an offer of around £13.5m for the 18-year-old. However, it is understood Chelsea want more than £22.5m.

However, Chelsea are yet to respond to Bayern’s second bid.

Bayern’s rivals Borussia Dortmund are also interested in Hudson-Odoi, whose current deal at Stamford Bridge expires in the summer of 2020.

Hudson-Odoi joined Chelsea at U8s level and is viewed as one of the brightest talents in the club’s academy and one of the best players Chelsea have produced in recent years.

He played a key role in England’s 2017 U17 World Cup win, appearing in all nine games and setting up three goals in the 5-2 win over Spain in the final.


Personal terms between Bayern Munich and Hudson-Odoi have yet to be discussed but this is not expected to be a problem.

The 18-year-old has found first-team football hard to come by under manager Maurizio Sarri, making five appearances this campaign – but only one in the Premier League.

Sun Dec 30 , 2018
Liverpool manager Jurgen Klopp says he was almost moved to tears when Liverpool’s penalty taker Mohamed Salah allowed Roberto Firmino to take the spot-kick. The Brazilian inspired his side to a 5-1 victory over Arsenal at Anfield on Saturday, extending Liverpool’s lead at the top of the Premier League table […] 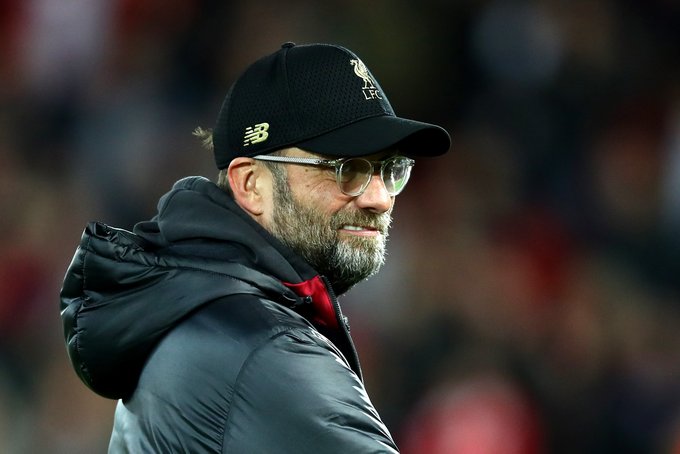