Napoli president Aurelio De Laurentiis has questioned the wisdom of Juventus after the they spent £100m to bring Cristiano Ronaldo to Italy.

The Portugal international made the transfer this summer after staying nine years with Real Madrid , during which he scored a total of 451 goals and won four Champions League titles.


But despite Ronaldo’s pedigree, De Laurentiis has said the transfer was more of a marketing mechanism than down to footballing reasons.

‘Juventus have made a nice marketing move for the whole FCA group,’ he said. ‘It’s good for fans and sponsors so congratulations, but there is some distance from that to winning the League or the Champions League.

‘Ronaldo has a certain age and spending so much on just one player, paying him the contract they are, could be counterproductive.’

The 33-year-old signed a four-year deal worth £500,000-a-week at Juventus as he switched the Bernabeu for the Allianz Stadium.


De Laurentiis also took aim at new Chelsea manager Maurizio Sarri’s manners, showing the wounds of losing the Italian to Chelsea this summer have yet to heal.

Asked about Chelsea coach Sarri, De Laurentiis said: ‘The relationship is broken. It was broken when he told me: “I don’t know if I can do any better with this team”.

‘He had entered into that phase where a coach thinks about himself or perhaps he was looking for a golden pay-out here.


‘I asked him what he wanted to do this season, but I got no answer. It was rude.’

Wed Aug 1 , 2018
Inter Milan have made contact with the agent of Real Madrid midfielder Luka Modric over a move, according to Sky Italia. Modric is understood to be open to the transfer after initial talks took place with the midfielder’s representatives. The 32-year-old played in 43 games for Real last campaign, which […] 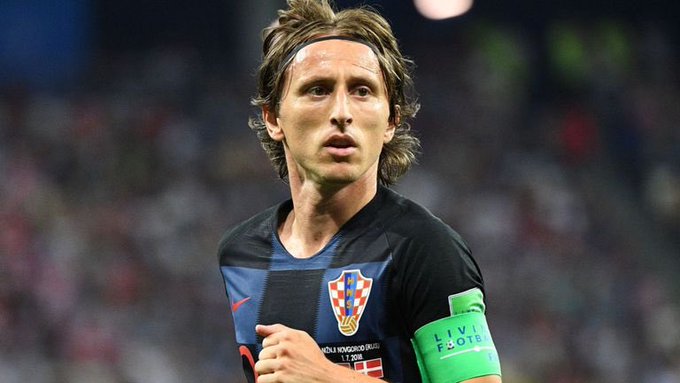