Juventus and Real Madrid have agreed a deal for Cristiano Ronaldo which is in the region of £105m.

It is believed that progress on the Portugal international’s deal led to an official announcement on Tuesday as Real Madrid has confirmed on their website.

Juventus president Andrea Agnelli was at Cristiano Ronaldo’s hotel in Greece on Tuesday as talks continued over the transfer.


At the same time, Ronaldo’s agent Jorge Mendes was believed to be meeting the La liga giants.

The five-time Ballon d’Or winner has been at Real for nine years after joining from Manchester United for a then world-record fee of £80m.

Ronaldo has gone on to become the club’s all-time top scorer with 451 goals for Real Madrid.


As well as the individual records, Ronaldo has also won two La Liga titles, two Copa del Reys and four Champions Leagues to his collection during his time in Spain.

Wed Jul 11 , 2018
Jorginho is ready to snub Manchester City for Chelsea, according to Napoli’s president Aurelio De Laurentiis. De Laurentiis previously claimed Napoli had rejected a bid of £44m from City for the midfielder and Sky Sports reports the Premier League champions have been in advanced talks for the 26-year-old for a […] 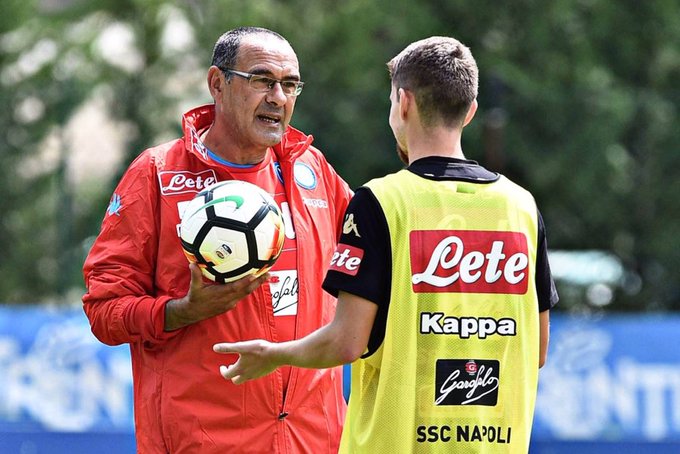