Cristiano Ronaldo has told Real Madrid he wants to move to Juventus this summer, according to Guillem Balague.

Sky Sports News reports that Real are considering an £88m bid from the Italian champions, who are ready to offer the Portuguese a lucrative contract to exit the Bernabeu.

Balague says Ronaldo is keen to keen to move to Turin and that Madrid are prepared to allow him leave after nine successful seasons in Spain.

“There was a meeting between Ronaldo’s representatives and Real Madrid last night in which the club heard he wants to go. That is the only thing he wants to do.

“Finally Real Madrid caved in and said ‘Okay, if anybody comes with a bid of 100m euros (£88m) then okay we will let you go’. That is where we stand.

“Juventus have told [Jorge] Mendes and Ronaldo that they will submit that offer at some point and that they will pay him 30m (£26.5m) euros net and are more than happy to give him a four-year contract.


“That is what Ronaldo wants. Now this is the new thing in this situation that has been repeated in the last three summers – Real Madrid are very much open for that to happen.”

It is also understood that talks continued on Thursday between Juventus, Madrid and Ronaldo’s agent Jorge Mendes.

Mendes says Ronaldo would be “eternally grateful” to Madrid if he decides to leave the European champions.

“If this happens it will simply be a new stage, a new challenge in his brilliant career,” Mendes told Portuguese newspaper Record.

“If Cristiano Ronaldo leaves Real Madrid, he will be eternally grateful to the club, the president, all the directors, the medical staff, all the staff without exception, as well as all the Madrid fans around the world.”


Juve director Giuseppe Marotta has remained silent on the possibility of signing him.

When asked by Sky in Italy if Juventus fans can “start dreaming about Cristiano Ronaldo”, Marotta replied: “I won’t speak [about that].”

Fri Jul 6 , 2018
Liverpool have been handed a major transfer boost with Paulo Dybala keen for Juventus exit in the wake of their impending deal for Cristiano Ronaldo. Liverpool have been tipped to sign the Argentina international from Juventus after Nabil Fekir’s failed transfer. Sky Sport reports that the Serie A giants are […] 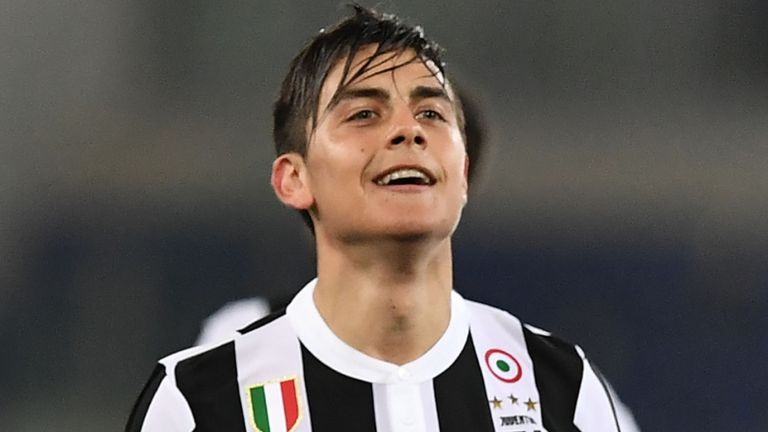