Cristiano Ronaldo’s €112 million transfer from Real Madrid to Juventus is considered to be “odd” by former Bianconeri player Michel Platini.

Despite now being 33 years of age, the Portugal international remains one of the most recognisable and fearsome forward in world football.

For that reason, the reigning Serie A champions were prepared to spend big bringing the five-time Ballon d’Or winner to Italy this summer.


Ronaldo’s sporting and commercial appeal remains without question, but Platini was still shocked to see him swap a standing as undoubted team talisman in Real Madrid for a new start in Turin.

The ex-France international, who spent five years with Juve in his playing days, told L’Equipe : “I think it’s odd that at 33 years of age he’s left ‘his’ Real Madrid, with whom he has won three Champions Leagues in a row, to try a new adventure.

“When I was 32 lots of teams wanted me, but I retired because I was tired.”

Ronaldo had hinted at making a move away from the club after helping Real to a third consecutive Champions League crown in 2017-18.


Few at that stage expected a deal to be put in place, having just completed another goal-laden season in the Spanish capital.

It has been revealed by Ronaldo that Juventus were the only option made available to him, despite there having been rumours of a possible return to Manchester United or a switch to Paris Saint-Germain.

Platini was asked how the switch to Turin was put in place, with it possible that a transfer was led by agent Jorge Mendes rather than Juve.

He added: “I can’t understand the move.
“I do not know if Juventus has contacted him or if it was Mendes who offered him, I cannot understand this operation.”


Having linked up with Juve, Ronaldo is still waiting on his first competitive goal for the Italian club.

He has played in two Serie A outings to date, with a third set to see him face Parma.

Sat Sep 1 , 2018
Manchester United boss Jose Mourinho has taken a dig at Jurgen Klopp while defending his own record in the Premier League. The Portuguese is under intense pressure after back-to-back defeats in England and demanded ‘respect’ in an explosive press conference after United were beaten 3-0 at home to Tottenham on […] 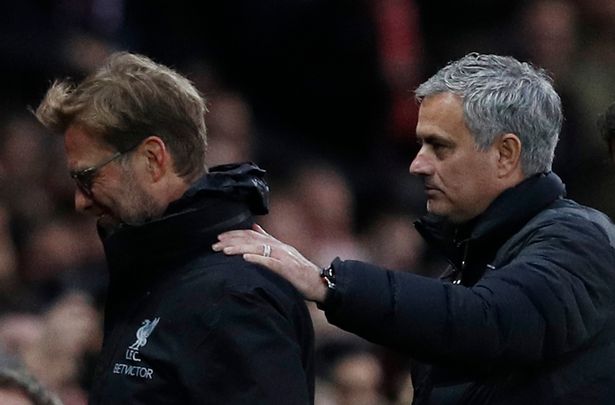