Manchester United boss Jose Mourinho has taken a dig at Jurgen Klopp while defending his own record in the Premier League.

The Portuguese is under intense pressure after back-to-back defeats in England and demanded ‘respect’ in an explosive press conference after United were beaten 3-0 at home to Tottenham on Monday.

Some reports claim that a loss at Burnley on Sunday could lead to his sacking, with former Real Madrid boss Zinedine Zidane being lined up to replace him at Old Trafford.


However, Mourinho continued to defend himself and took a swipe at Liverpool’s head coach when talking to the media on Friday.

Asked if he would still consider himself to be among the best if he failed to win a trophy at United, he said: ‘Of course.

‘Did you read any philosopher or in your information you never spent time reading Hegel? Just as an example Hegel says the truth is in the whole, is always in the whole.

‘Do you ask that question to the manager that finished third in the Premier League or fourth?’
When it was put to Mourinho that Klopp had never claimed to be a great, he replied: ‘Because he never win anything international for example.


‘That’s his problem, I tell you what I think, I tell what I feel. Jurgen tells you what he wants. And I answer you the question – that’s easy.

‘I had last season great success. I had great success last season, that’s what you probably don’t want to admit. I analyse my performance, myself and for me is more important what I think than what you think.

‘I repeat that two seasons ago we had a fantastic season by winning the Europa League, this season and last everybody thought Atletico Madrid was amazing because they won the Europa League after being knocked out of the Champions League.

‘We won Europa League because that was our level. We are the last team in England to win a European trophy.


‘And last season, I repeat, I won eight titles, I am the only manager in the world that won in Italy, Spain and England and by winning eight titles – not small titles or countries – my second position last season is one of my greatest achievements in football.’

Sat Sep 1 , 2018
Moussa Dembele is set for a £20 million move to Lyon, after agreeing to a five-year contract with the Ligue 1 team. Celtic had announced they had accepted a bid for Dembele earlier Friday, with Lyon president Jean-Michel Aulas confirming this following his club’s 1-0 defeat to Nice that a […] 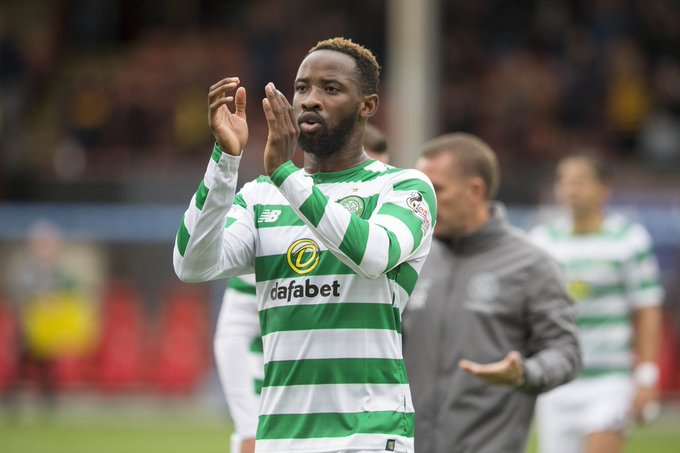