Chelsea are preparing a summer move for Barcelona midfielder Ivan Rakitic as they look to fill the void left by Cesc Fabregas , according to reports in Spain.

Maurizio Sarri has made little secret of his desire to bring in a new player to provide cover and competition for Jorginho, describing the Italy international as being ‘in trouble’ against Newcastle recently.


However, the club were unsuccessful in their attempts to sign both Nicolo Barella and Zenit midfielder Leandro Paredes, with the latter already signing for PSG.

And now it appears Sarri will have to do without the midfielder he craves until the summer, when Catalan newspaper report that Chelsea will try to bring Rakitic to London.

The Croatian is expected to fall down the pecking order when Frenkie de Jong arrives in the summer and would be happy to get him off the wage bill if a suitable offer comes.

However, in a huge blow to Chelsea’s hopes, the 30-year-old says he is prepared to fight for his place at Barcelona.


‘If I am here [at Barcelona], it’s to play,’ said Rakitic at the Mundo Deportivo gala on Monday night. ‘If anything has to change, we will speak. I have a lot of confidence. I know what I can give. I know who I am.

‘I want to be here and, if I can renew, to be here for even more years. I am really happy here, everyone knows it, above all the ‘Presi’ [president]. I have nothing else to say.’

Asked directly if De Jong’s arrival could force him to leave the club, Rakitic added: ‘That’s a good question for the ‘Mister’ [manager] or the ‘Presi.’ I am 30 and I am in the best moment of my career. I want to enjoy football and enjoy Barca.’

Wed Jan 30 , 2019
Barcelona manager Ernesto Valverde has all but confirmed Denis Suarez’s loan transfer to Arsenal and wished him good luck in the Premier League. The Gunners have been trying to bring Suarez to the Emirates but hit a stumbling block with Barcelona as they were unwilling to accept a compulsory purchase […] 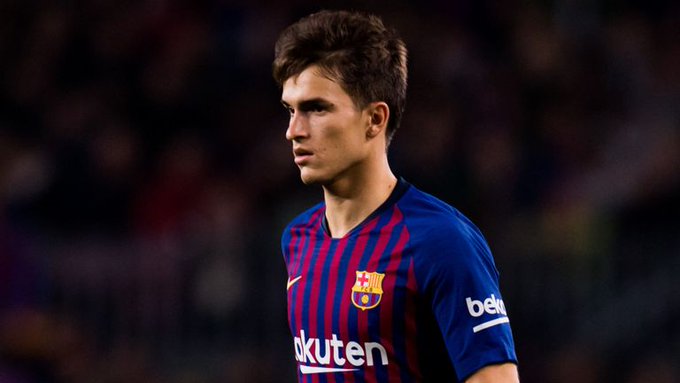