Former blues midfielder Cesc Fabregas claims to have been forced towards the exits at Chelsea by the arrival of Sarri’s “son” Jorginho.

The Spaniard took the decision to head for Monaco during the winter transfer window after falling down the pecking order at Stamford Bridge.


He had enjoyed Premier League and FA Cup successes while in London, having 198 appearances and contributing an impressive number of assists.

The arrival of Jorginho from Napoli in 2018 dropped him down the pecking order, though, with Sarri siding with a player he had previously worked with at Napoli.

Fabregas believes he made the right call, with it clear that he was never going to get enough playing opportunities at Chelsea for as long as a fellow playmaker remained at the club.

He has said of his transfer to Monaco: “I like to have new objective. All the time for me it’s important to have a new objective in my head.

“I was at Chelsea and I could have renewed my contract and stayed there but a new coach came with a player that for him was like his son.


“For me it was difficult to play every single game and that’s what I want to do. I love football. I don’t want to just be happy to play for Chelsea.

“For whatever reason it was impossible for me even if I was better, or someone else is better, to play every match and I decided to come to a project that was different for me and I think it will give me so much satisfaction.”

Jorginho made an impressive start to his season at Chelsea after a £50 million deal and was slotted straight into the side, while Fabregas moved on and N’Golo Kante edged out of his holding role.


A Brazil-born midfielder was acquired to keep Sarri’s team ticking over in the middle of the park.

Sun Apr 14 , 2019
Christian Eriksen is one of Manchester United’s manager Ole Gunnar Solskjaer priority signings this summer, according to reports. The Tottenham midfielder is wanted by Real Madrid this summer window after establishing himself as one of the best playmakers in the world in recent years. Eriksen would jump at the opportunity […] 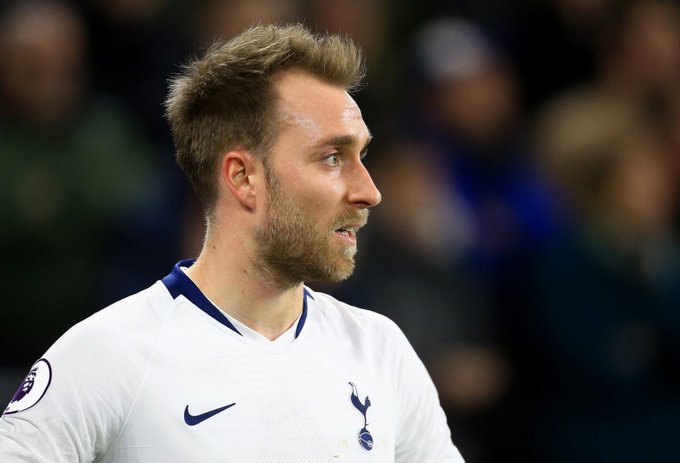