Chelsea midfielder Jorginho has warned Maurizio Sarri that he could ‘betray’ Napoli fans by taking the Juventus job this summer window.

Reports claim that Sarri is set to leave Stamford Bridge after less than 11 months in charge of the blues, with Juventus agreeing to buy out the last year of the Italian’s £5million deal.

It’s understood Juve have identified Sarri as their number one target to take over the reins from Massimiliano Allegri and have offered the 60-year-old a three-year contract.


Jorginho – who followed Sarri to Stamford Bridge last summer – would ‘hate’ to see the Italian at Juventus next campaign and believes such a transfer could be seen as a ‘betrayal’ by Napoli supporters.

‘He did a good job for Chelsea. There was some criticism, but ultimately we finished third, won a cup and lost another in a final,’ the Italy international said at a press conference ahead of Italy’s Euro 2020 qualifier against Greece.


‘I think it was a great season, and I’d hate to see him go. The Napoli fans still have him in their hearts, it’s normal that they can get angry.

‘They’re passionate, they can give you everything. They could treat it as a betrayal, they’re like that. We’ll see what happens.’

‘The criticism was probably because of the football culture in England. People weren’t used to seeing a player like me in front of the defence,’ the former Napoli star added.

‘I read the game more and have less physical presence. For the fans, it was all very different and then they blamed me when the results weren’t coming.

‘But ultimately I proved that they were wrong about me. In the Premier League, the intensity is much higher and the teams aren’t afraid to attack.

‘This is why I’ve had to defend much more than I did in Italy. The games are more open. In Serie A this mentality is missing, some of the teams are already beaten and never believe in victory.

‘This is a reason why the big Italian teams find it difficult in the Champions League.

‘As far as I’m concerned, I’ve worked with players of a certain level, who have let me grow.’

Mon Jun 3 , 2019
Juventus are interested in signing World cup winner Paul Pogba back from Manchester United this summer, according to Sky in Italy. The Italian champions have already made contact with Pogba’s agent Mino Raiola over a possible summer move for the France international. It is reported that Manchester United have been […] 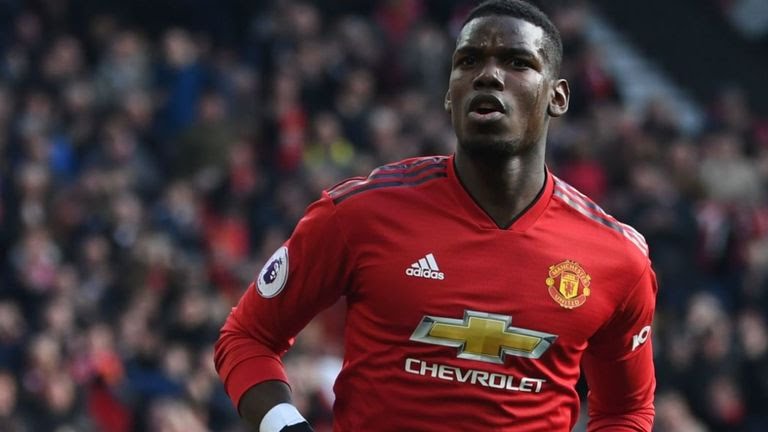