Sporting Lisbon player Bruno Fernandes has expressed his desire to play in England amid reported interest from Manchester United.


According to Sky Sports News, the Red devils are keen on bringing the midfielder to the club this summer window.

Speaking to reporters ahead of travelling with the rest of the Sporting team to New York, Portugal international Bruno Fernandes said: “I don’t care about the market, I’ve talked about this many times.

“The only thing I can do now is that I need to catch the plane so I don’t miss it. Will this be the last match for Sporting? I don’t know, it’s the coach who decides.

“I told I’d like to play in England, but I don’t care about it right now.


“If it could be this season? It could be when the club decides, I’m not in charge.”

If a team meets that fee but Sporting refuse to sell, the 24-year-old Portuguese be due £4.5m in compensation.

However, Sporting are understood to value Bruno Fernandes at around £60m.


Last campaign, Fernandes enjoyed the best season of his career so far, scoring 32 goals in 50 games for Sporting.

He was also part of the Portugal team that won the inaugural UEFA Nations League this summer, defeating Netherlands 1-0 in the final.

Tue Jul 23 , 2019
Chelsea manager Frank Lampard says N’Golo Kante’s recovery from injury is progressing well and hopes the defensive midfielder will be back with the team soon. The France international left the club’s tour of Japan to undergo rehabilitation on an issue stemming from the knee injury he suffered before the end of last campaign. Kante missed multiple […] 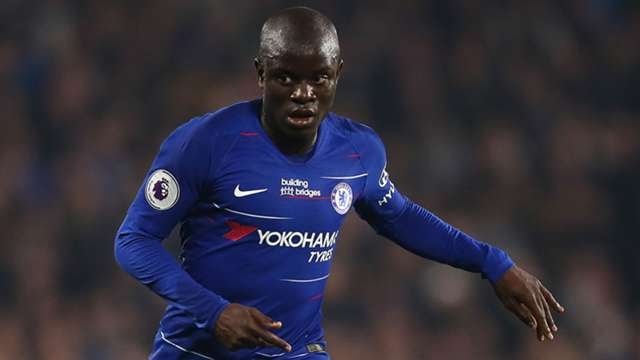