Chelsea manager Frank Lampard says N’Golo Kante’s recovery from injury is progressing well and hopes the defensive midfielder will be back with the team soon.

The France international left the club’s tour of Japan to undergo rehabilitation on an issue stemming from the knee injury he suffered before the end of last campaign.


Kante missed multiple games for club and country throughout May and June – though he started the Europa League final against Arsenal – and missed the Blues’ 2-1 friendly victory over Barcelona on Tuesday.

Chelsea open their Premier League season against Manchester United on August 11 and Lampard is hopeful the Frenchman will be available for the game.

“He is okay,” Lampard told a media conference. “It was a decision that I made because I felt that him being here, with the facilities and the travel that we have been doing, it probably wasn’t the most beneficial for him.


“He went back, has had a few days at Cobham, [he’s] working well and progressing, so hopefully by the time that we get back at the end of the week I will sit down with the doctor to hopefully know that he will be back with us very soon.”

Tammy Abraham and Ross Barkley were on the scoresheet against Barcelona in Saitama, but Lampard was quick to rein in expectations after beating the La Liga giants.

“I won’t get carried away with anything about this performance,” he added. “Tammy’s a goalscorer and he’s hungry for goals. Now it’s his time to prove it for Chelsea. To get his goal will put him in good stead.”

Lampard says he has been impressed with his team’s worth ethic during their pre-season so far and wants them to maintain same intensity in their final matches against Reading, Salzburg and Borussia Monchengladbach.


“In terms of the workload, the players have to get used to it now,” he said. “I’ve set the standard of how I want them to work.

“We’ve had two difficult games in humidity. The tour has served its purpose. We need to be fit and ready for Manchester United and the clock runs down pretty quickly at this stage. Now, we just have to keep working.”

Tue Jul 23 , 2019
English star Callum Hudson-Odoi has handed Frank Lampard a major boost by indicating he is ready to sign a new five-year deal. The 18-year-old winger is set to earn £100,000-a-week by staying at Stamford Bridge and he is now only waiting for Chelsea to sign the deal off. Securing Hudson-Odoi […] 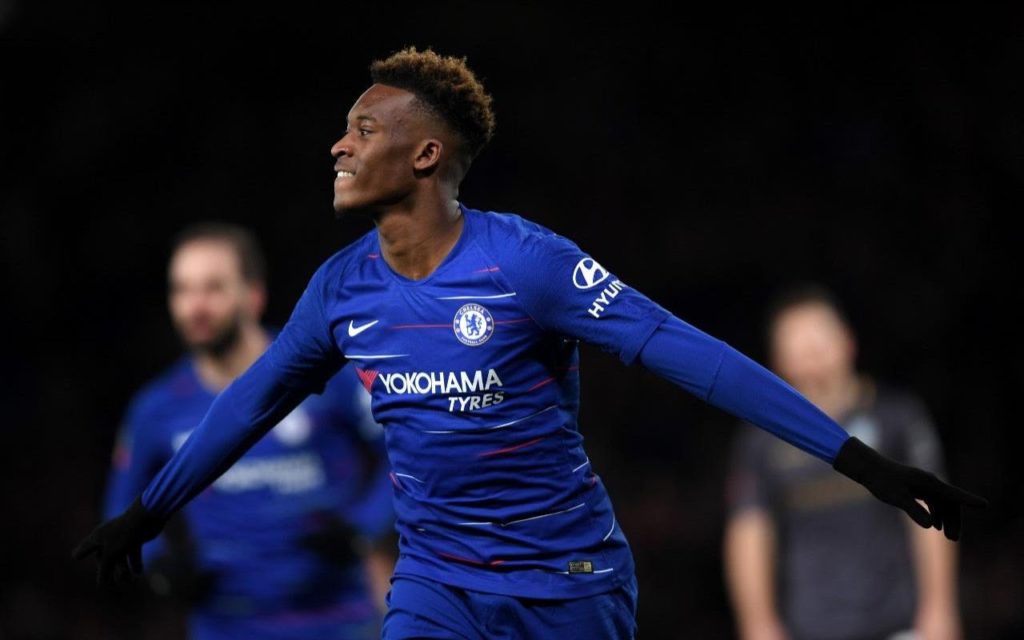