Chelsea’s new manager claims Kante has had four years of playing continuously and the exertions are starting to take their toll on him.

Kante had an injection in his knee to allow him to play in last campaign’s Europa League final against Arsenal and spent much of pre-season in rehab as a result.

And the midfielder was only fit enough for the bench for Chelsea’s first Premier League game of the season against Manchester United. But he injured his ankle at Old Trafford but played through the pain in the club’s Uefa Super Cup defeat to Liverpool.


But Saturday’s trip to Carrow Road was too much for the France international, according to his head coach. And with Les Bleus having Euro 2020 qualifiers against Andorra and Albania in two weeks time, Deschamps will not want to be without his key player.

But in an obvious hint to French boss Deschamps, Frank Lampard made it very clear how he would like the situation to play out.

Speaking after claiming his first cictory as Chelsea manager with a 3-2 win at Norwich, Lampard said: “It is a difficult one because he has had four years of constantly playing.

“The injury from the Europa League final has affected his pre-season and then he hurt himself against Man Utd.


“We are trying to get him through it but today was too painful. The international break will be great for him to get the injury right.

Mon Aug 26 , 2019
Liverpool head coach Jurgen Klopp has hinted he will leave Anfield at the end of his current contract. The former Borussia Dortmund manager first signed for Liverpool in 2015 and is currently contracted to the club until 2022. Liverpool’s owners Fenway Sports Group are keen to tie Klopp down to […] 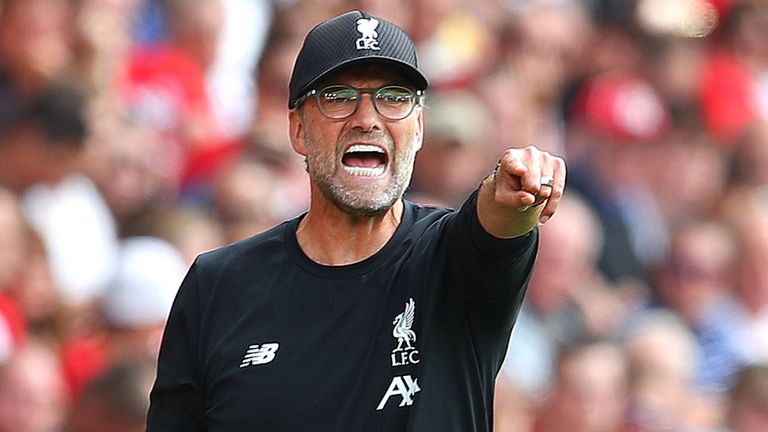